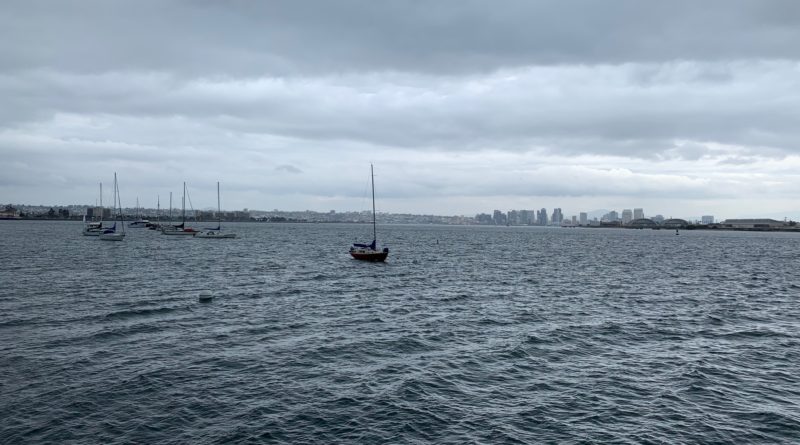 Three-year agreement was updated to include more services; contract value increases by more than $900,000.

SAN DIEGO—An agreement between the Port of San Diego and Marine Group Boat Works for abandoned boat and impounded vessel services was amended, Feb. 12. The updated contract, which was approved by the port district’s Board of Port Commissioners, would allow Marine Group Boat Works to offer more abandoned boat and impounded vessel services.

The contract amendment updates a $600,000, three-year agreement both parties entered into on July 1, 2017. Marine Group Boat Works agreed to provide impound services for abandoned boats or vessels impounded by San Diego Harbor Police. Approval of the contract amendment brings the contract’s value to $1,529,400; it still expires on June 30, 2020.

All impound services are currently performed at 891 G Street in Chula Vista.

“Services include acceptance of towed vessels, inventory reports, storage, vessel haul out, vessel transportation, the lien sale process, title acquisition processes, and vessel demolition,” port district staff stated in a report to commissioners. “Collectively, these services are referred to as the ‘vessel process’ and ultimately result in the sale or demolition of each vessel.”

Marine Group and the port district will lose the impound vessel services venue on G Street in July; the contract amendment calls for Marine Group’s services to be shifted to a vessel storage yard in National City.

The Chula Vista location is being lost due to the planned construction of the Chula Vista Bayfront and Sweetwater Path projects, according to port district staff.

Impound vessel services has historically been outsourced by the port district.

The specialized service, according to port district staff, “requires waterside storage, the ability to accept vessels anytime, vessel lifts, heavy equipment, knowledge of the California Harbors & Navigation Code and the Department of Motor Vehicle impounded vessel procedures, and a thorough understanding of the environmental regulations to support proper storage and disposal of vessels.”

“This agreement supports Harbor Police’s duty to remove navigational hazards from the bay, and the port’s responsibility to keep the bay free from environmental hazards,” port district staff continued.

Costs are increasing for the port district’s Impound Vessel Program for at least two reasons: more vessels being impounded each year, on average; and, high operational/transportation costs at the National City storage yard (compared to Chula Vista).

“Since June 2018, the [port district has seen an increase in the number of vessels impounded by Harbor Police, which revises the average to 36 vessels annually (up from 24 vessels annually),” port district staff stated. “The cause of this increase is due in part to an unpatrolled area off the north west side of Coronado Island, known as the Zuniga Jetty Shoal (Zuniga), where boaters are mooring for free.

“Vessels moored at Zuniga often break free from anchors due to winds, shallow waters, and rock outcroppings, and some have drifted into the [port] district’s jurisdiction requiring removal,” port district staff continued.

The port district stated it is looking into ways to create a long-term, sustainable solution to the problem. Port district staff added they are working with the city of San Diego and U.S. Coast Guard to identify such solutions.

“Staff is joining regional working groups on abandoned and derelict vessels to learn how other jurisdictions are addressing similar issues,” port district staff stated. “The working groups are led by the [Coast Guard] and concerns raised by participants are communicated to the state legislature. [Port district] staff is also researching alternate ways to process vessels with the goal of reducing costs and expediting the processing timeline.”