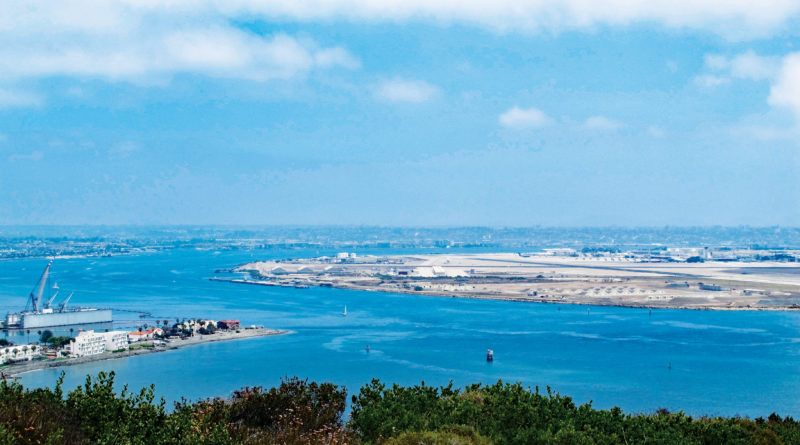 A proposed policy to address abandoned boats in upper San Diego Bay (pictured) hasn’t been on the radar since it was proposed and initially vetted late last year. The proposal is apparently being fleshed out by the mayor’s office.

City Council committee voted on proposal in October 2017, but not much is known of what has happened since.

SAN DIEGO — Hurry up and wait is consistently the theme of many policies, projects and initiatives spearheaded by local governments and public agencies. Plans to upgrade the Chula Vista waterfront have been in the works since the early 2000s. Planners in Orange County spent portions of three decades trying to execute a revitalized waterfront at Dana Point Harbor. A rebuild of Alamitos Bay Marina took more than a decade to complete (from conception to ribbon-cutting).

The city of San Diego is certainly not immune from hare-like tendencies, as a policy seeking to address abandoned boats at Zuniga Jetty (near Point Loma) continues to be vetted out almost 10 months after it was introduced.

A San Diego City Council committee approved a proposed Municipal Code amendment in October 2017, opening the door for all council members to vote on an ordinance preventing anyone from abandoning vessels in San Diego Bay.

The proposed ordinance moved on to San Diego City Attorney’s office. Since then The Log has regularly checked in with the City Council to monitor the progress of the proposed ordinance and Municipal Code amendment. A spokesperson from one City Council member’s office informed The Log in late July the proposal had reached Mayor Kevin Faulconer’s office.

The Log and Faulconer’s office, as of press time, have not yet established contact to discuss the proposed ordinance and its current progress. It is unclear whether the proposed Municipal Code amendment would be in front of the entire City Council within the next few weeks – or if at all.

San Diego city leaders began considering a proposal to severely restrict the anchoring of boats near the entrance of the city’s bay last fall. The council’s Public Safety and Livable Neighborhoods Committee specifically approved a proposal seeking to prevent boats from being abandoned or left unattended for more than two hours at Zuniga Jetty Shoal, a shallow stretch of the bay located near the harbor entrance.

Conditions surrounding the Zuniga Jetty area – winds, shallow waters, etc. – often cause vessels to break from anchors, causing them to be beached, sunken or otherwise broken. The U.S. Navy, who operates relatively close to Zuniga Jetty, estimates costs to clean up after these abandoned or unattended vessels could reach as much as $50,000.

The Log, in a story published about nine months ago, cited a city staff report calling the abandoning of boats near Zuniga Jetty as “a significant nuisance.”

“Officials from the United States Navy report from November 2010 through September 2017 there have been at least 61 abandoned vessels that have sunk, beached or broken apart on this stretch of coastline. In calendar year 2016, there were 21 cases of abandoned vessels on their beach,” The Log quoted from a city staff report. “These abandoned vessels pose a threat to the environment. In some cases, there are hazardous materials on board that can spill into the ocean.”

Regulation of this issue currently falls within the jurisdiction of San Diego City Hall, although The Log previously reported any ordinance presented to council members would be cooperative in nature and include other agencies. Monitoring and enforcement were two major elements city officials would likely include in whatever moves forward.

The Log will continue its efforts to track this proposal and report on any progress as soon as it’s made available.