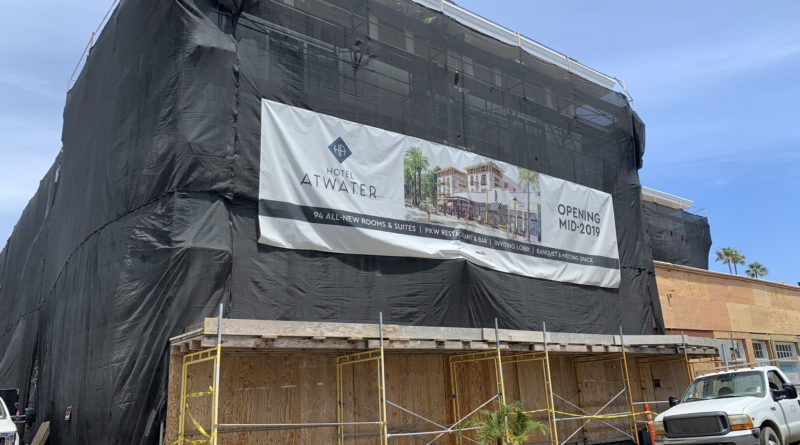 Avalon’s oldest hotel opens its doors once again on Aug. 11.

AVALON—A slice of Avalon history is undergoing a facelift, the final touches of which are being completed as this very story is being written. Hotel Atwater, the oldest remaining hotel in Avalon, will re-open to the public on Aug. 11, after several months of being under construction. The hotel went under the knife for renovations last year – and the renovated lodging home is finally set to be unveiled all over again.

Next month’s re-opening means Hotel Atwater will have a polished new look ahead of its 100th birthday; the iconic hotel opened in 1920 and was named after Helen Atwater Wrigley, wife of Philip Knight Wrigley and daughter-in-law of William Wrigley, Jr.

The hotel, when it opened, had, according to the Catalina Island Co., ushered in “a new era for Catalina Island as a popular getaway for everyone from Hollywood’s elite to hardworking mainlanders looking to escape their hectic lives.”

Highlighting the one-bedroom suites, for example, are king beds, 1.5 baths, living room, bar and desk space. Standard rooms, meanwhile, are equipped with either a king- or queen-size bed. All rooms will have a Smart TV, modern bathroom and refrigerators.

The main lobby is being redone, as well. Also featured in the hotel is a ground-floor meeting space.

Hotel Atwater is located at 125 Sumner Avenue in Downtown Avalon, roughly one block away from the harbor and waterfront. Call the hotel at 877-778-8322 for information on reservations and rates.