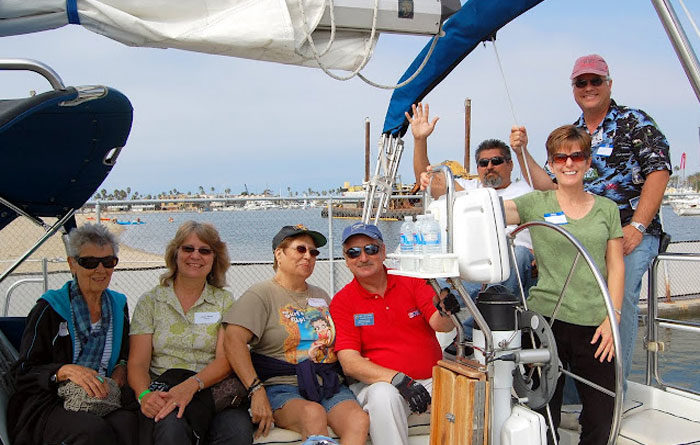 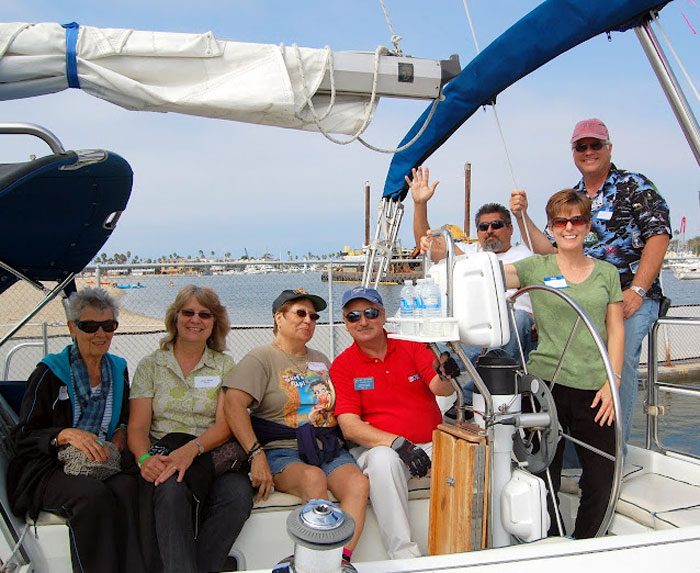 Sailboats will be piloted by skippers from throughout Southern California — and often the skipper will offer the opportunity for participants to take the helm themselves and steer the boat under supervision.

“It’s the kind of event where everyone leaves exhausted but with a big smile on their face,” said Jess Lawson, commander of American Legion Post 291. “Everyone has a great time — including the (assistance) dogs. It’s a great day for all involved.”

The event started in 1990 when members of the Women’s Ocean Racing Sailing Association (WORSA) took 15 blind people sailing on a 40-foot sailboat. Each year, they took more people out and enlisted more skippers to assist.

A play yard has been set up for the guide dogs to relax and play while their owners go out on the water. Groups from all over Southern California volunteer for the event, including local skippers with their boats, Girl Scout and Boy Scout troops, police cadets, along with WORSA and American Legion YC. After their trip, participants are treated to lunch and live entertainment.

Approximately 45 skippers and boats from the community are needed for the event, and more than 150 volunteers are needed to act as escorts, servers, crew, guide dog sitters and more.