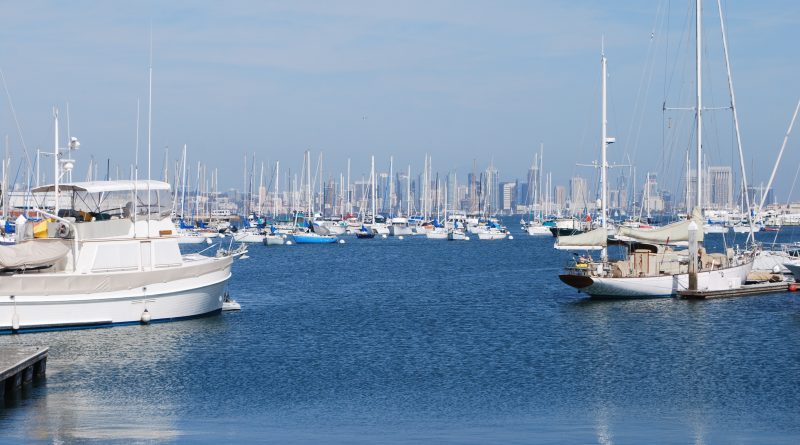 A policy limiting boating activities to members of one’s immediate family has been in place since May, although news of the county regulation hasn’t been picked up by local media.

SAN DIEGO—It’s August. Covid-19 is still a thing. We’re still in a dark tunnel, with the light nowhere to be found. A pandemic that started in March is now on the verge of going on six month – and we initially expected this public health crisis to last just a few weeks.

The Log has consistently reported on the effects of the Covid-19 pandemic on local boating. San Diego County, for example, issued an order in May, restricting recreational boating activities to members of a household. This means recreational boating is allowed, but boaters can only be aboard a vessel with anyone who lives in the same house as him or her. You want to bring a friend aboard your boat? He or she better live in the same house as you, otherwise he or she won’t be allowed aboard your boat, according to the San Diego County public health order.

The Port of San Diego, of course, is going along with the order – it’s wasn’t the port district’s mandate or policy to restrict who is allowed (and not allowed) on a recreational vessel.

Coverage of this restriction was covered by The Log in June and July. One story, published in the June 12-25, 2020 issue of The Log surveyed the Southern California boating landscape and pondered how long many Covid-19-themed restrictions would be in place.

One reader of The Log stated our headline was “misleading and irresponsible” for including the phrase, “post-pandemic.”

“There are those who might believe (and want to believe) that the COVID-19 threat is over because you call it ‘post-pandemic,’” the reader told The Log in an email a few days after the lead story in our June 12-25, 2020 issue was published. “The title suggests the pandemic is over. I think you need to be more careful labeling these times. People are still getting sick and dying at an alarming rate. Anything we can do to underscore the seriousness of this needs to be done.”

The reader’s comment was submitted in June – shortly after many cities and counties allowed businesses to re-open. The phased re-opening, of course, was mostly rescinded by mid-July, as the Covid-curve started to trend dangerously upwards, according to public health officials.

Here we are in August – as mentioned above, no end appears to be in sight. Any estimation of when the pandemic would be considered “over,” allowing for some sense of “old normal” to return is speculative – and, to borrow from our reader’s comment, “irresponsible.”

San Diego County’s regulation on recreational boating, meanwhile, hasn’t received much media coverage, beyond The Log’s reporting. One local outlet, in early August, interviewed representatives of a few San Diego area yacht clubs about the order limiting recreational boating to members of a household. The story specifically stated the county’s order was a “ban” on “boating with friends.”

“San Diegans are prohibited from going on their boats with friends. It sounds absurd, but it’s true,” the outlet’s published story stated.

The county’s order specifically states: “Recreational boating on the ocean, bays, and lakes is allowed for members of a household. The managers of any of those locations may have their own restrictions.”

The county’s restriction actually applies to more than just friends of boaters – no one outside a household is allowed on your boat: friends, families, co-workers, colleagues, mentors, enemies, random strangers you just met, someone you are starting to date but doesn’t live with you, prospective clients for your business or job, and so on. (Keep in mind the same county mandate does permit K-12 schools to re-open, albeit at the discretion of local school districts.)

Whether the restriction is “absurd” is up for interpretation and debate – and outside the scope of The Log’s coverage. What The Log can share, however, is San Diego County’s rationale behind the restriction.

“The goal is to slow the spread of the virus and to make sure the healthcare system is able to care for all patients,” county staff said about the Covid-19 restrictions, including the one limiting those allowed to board a recreational vessel. “Since we don’t yet have a vaccine to prevent or medicine to treat Covid-19, preventing the spread of the virus to new people is critical.”

The Log did reach out to the Port of San Diego about enforcement – we specifically asked how the port district is enforcing the county’s order and ensuring the only people aboard any boat in San Diego Bay are members of the same household. A Public Information Officer with the Harbor Police Department was supposed to provide The Log with some perspective. The Log, however, did not receive a response when this issue went to press.

We will continue to follow up with the Harbor Police Department, however, and update this story online once they reply.