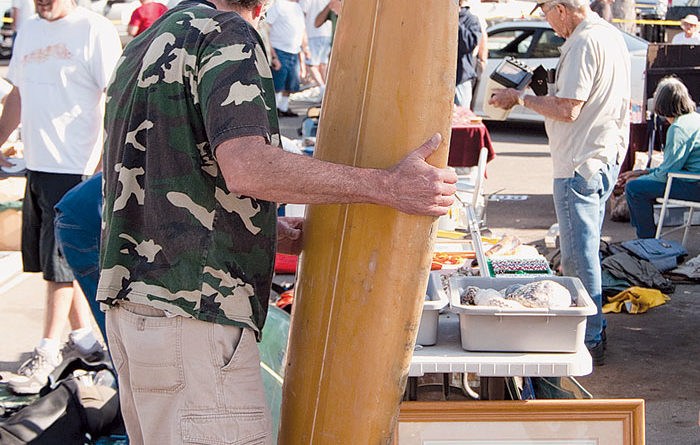 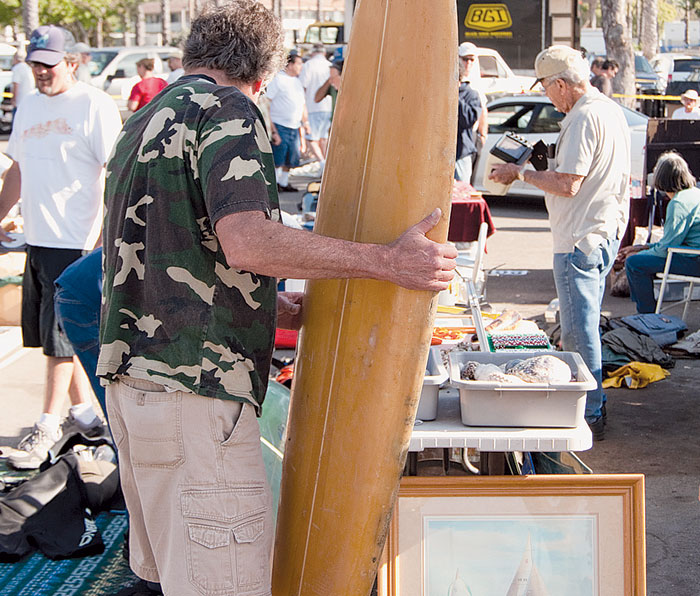 SANTA BARBARA — With spring cleaning efforts now in full gear, Santa Barbara Harbor is providing boat owners an opportunity to rid their dock boxes of clutter — and to shop for new items — during the Santa Barbara Nautical Swap Meet, May 11.

For the eighth year in a row, boaters will have the chance to get rid of old items and shop for new nautical gear during the event, scheduled from 8 a.m. to noon. While taking inventory of what they need to buy, Santa Barbara boat owners can turn in unwanted paint, oil and other controlled-disposal supplies during the event’s Hazmat Turn-In Day, which is coupled with the swap meet.

Located next to the swap meet site, a marked disposal area for hazardous materials will be provided for boaters to trash old cans of varnish, lacquer or paint, or small amounts of gasoline or diesel. The Hazmat turn-in is funded through a CalRecyle used-oil grant.

Once boaters have chucked out the old, they can shop for new items at the swap meet, which is expected to have more than 50 vendors selling items including fishing tackle, surfboards, kayaks, inflatable boats, engines, rigging, mooring equipment, anchors, fittings, marine antiques, clocks and more.

“It’s become a very popular local affair,” Kronman said. “There are other swap meets along the coast, but we believe this one has the most flair and popularity.”

Kronman added that vendors come from all over California — from as far away as San Diego and San Francisco. Vendors looking to purchase a space can download an application at santabarbaraca.gov/swapmeet and reserve a spot for $10. The parking lot can accommodate 80-90 vendors.

“At the end of the event, they have the gear they needed — and they’ve unloaded the gear they didn’t need,” he said. “It’s one-stop shopping.”

Free refreshments — including doughnuts, fruit and coffee — will be on hand for both vendors and the public, provided by the Santa Barbara Harbor Merchants Association.

Admission is free. For those interested in reserving vendor space, registration forms can be found online or at the harbormaster’s office, at 132-A Harbor Way, Santa Barbara.