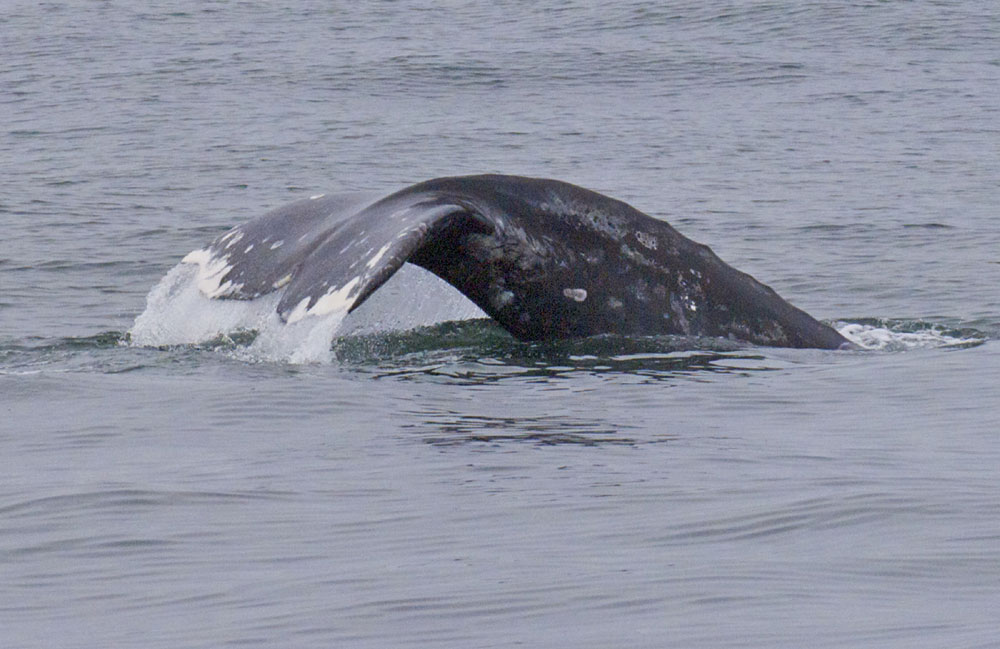 For years, the organization has worked to better protect the endangered whales that come to the channel every year to feed or to migrate through.

“We have tried many things to improve protection of endangered whales in our waters. We know that if ships slow down, there are fewer whale deaths,” said Sean Hastings, resource protection coordinator for the Channel Islands National Marine Sanctuary.

Reduction of ship speeds is also known to reduce certain air pollutants. Knowing this, Hastings decided to contact Mary Byrd at the Santa Barbara County Air Pollution Control District so they might work together to achieve both benefits—improved whale protection and better air quality. After a few discussions they came up with a joint strategy that could benefit both objectives.

The speed reduction trial was created and implemented by the Santa Barbara County Air Pollution Control District, NOAA’s Channel Islands National Marine Sanctuary and the Environmental Defense Center. It was modeled after successful speed reduction incentive programs at the ports of Long Beach and Los Angeles. This trial established a continuous slow-speed zone from the ports through the Channel.

The agencies devised a plan using an incentive for shippers to slow down when transiting through the channel. Funding came from the Santa Barbara Foundation, the Santa Barbara County Air Pollution Control District and the Ventura County Air Pollution Control District, with payments administered by the National Marine Sanctuary Foundation.

The trial included shippers COSCO, Hapag-Lloyd, K-Line, Maersk, Matson, Mitsui O.S.K. Lines and United Arab Shipping Company—who received $2,500 per trip traveling at reduced speeds of 12 knots versus 14 to 18 knots. Results proved exceptional, with a reduction of 16 tons of nitrogen oxide (the worst emissions) over the 27 trips, and a reduction of 500 metric tons of greenhouse gas emissions. This relates to a 50 percent reduction in pollutants to the surrounding coastal communities.

“Nitrogen oxide contributes to the formation of ground-level ozone, a primary component of smog that is harmful to human health,” said Bryd, who explained most of the vessel transits occurred from July through October, which coincides with the peak period of ozone air pollution and the peak whale-feeding season in the Santa Barbara Channel.

“We learned from this trial that the shipping industry is willing to participate, that we could extend the speed reduction program a hundred miles and we achieved better air quality and improved protection of whales. What we need now is sustainable funding,” Hastings said.

According to a Maersk Line representative and program participant, the Santa Barbara Channel trial may be the only ship speed reduction incentive program in the world not associated with a port. Ports are revenue producing so they are able to fund ongoing speed reduction incentives. Santa Barbara Channel is not a port, making continuous funding challenging.

“With this unique partnership we had an immediate pay-off, finding funding to further the program long-term is our combined goal,” Byrd said.