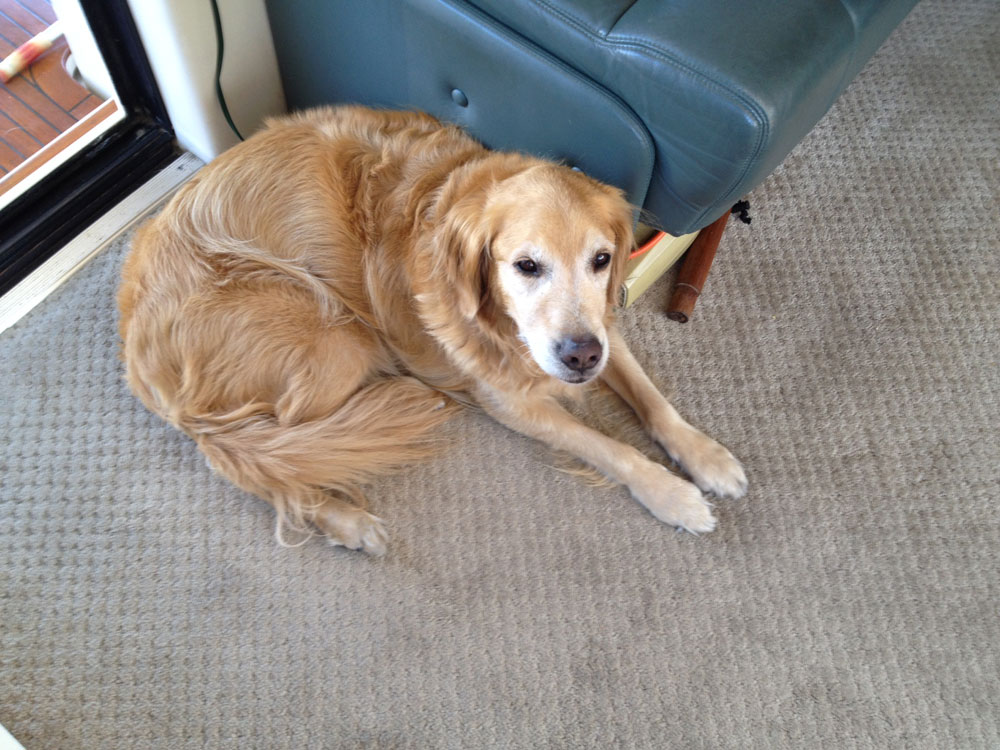 CHANNEL ISLANDS —  When Pat and Jerry Adams arrived at Marina del Rey during a recent trip, they quickly realized that someone was missing – Buddy, a 6-year-old Golden Retriever and boat dog was nowhere to be found.

Usually at home on his owner’s 39-foot Rivera, Raindrop, Buddy is a constant passenger aboard the vessel. But this was the second time that the 54-pound pooch went missing after an ocean crossing. Buddy usually rides down below while the couple rides on the flybridge.

Earlier this year, the Adams requested the help of the Ventura harbormaster to search for Buddy after they were unable to locate him on the boat. They searched the pumpout docks while Harbor Patrol stopped a couple walking a golden to ask if they’d seen Buddy.

They searched for five hours before Buddy reappeared on Raindrop.

“Everyone was searching for him,” Pat said. “We knew he had to be on the boat but we didn’t know where.”

They finally discovered Buddy’s hiding spot this past weekend.

“We were searching everywhere for him and finally found his hiding place,” she said.

In Marina del Rey, the Adams’ consistently called for Buddy as they searched around the boat and in the cabin. There was one last place to search that they had ruled out given the limited room for maneuverability.

“The compressor is kept under the settee so he climbed over the condenser and jammed himself in there,” Pat said. “All I saw was a little bit of gold.”

It took 2 to 3 minutes for Buddy to wiggle his way out of the tight spot.

“We were terrified,” Pat said who has since closed off access to the compressor to ensure Buddy doesn’t go missing again.

They plan to provide the therapy dog another secure spot for him to rest when they make their trips from Channel Islands to other destinations.