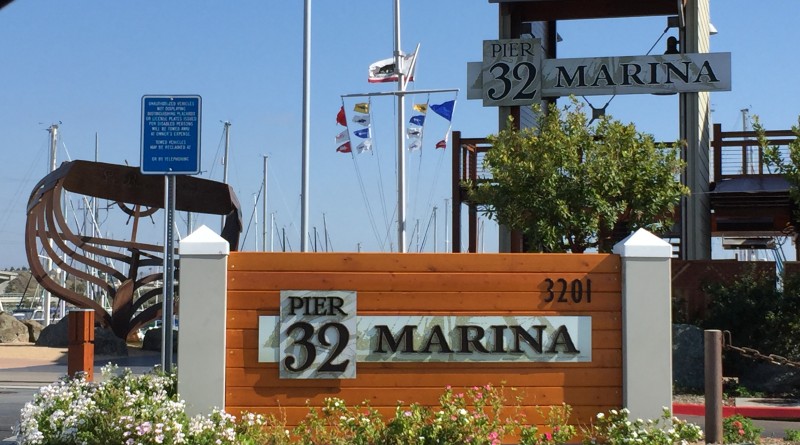 Pepper Park at Pier 32 Marina could be expanded from 5.19 to 7.19 acres as part of a proposed land use adjustment plan for National City’s waterfront.Parimal M. Rohit photo

Port of San Diego to start the environmental review process on proposed land use plan.

SAN DIEGO — Balancing commercial shipping with recreational boating is always an issue in National City, what with imported vehicles fresh off the boat parked across the street from the Pier 32 Marina main entrance and pleasure craft regularly navigating the local channels alongside large shipping tankers.

How commercial, corporate and recreational uses maximize their respective uses of the National City waterfront could soon be updated and improved.

The Port of San Diego Board of Port Commissioners directed its staff on April 14 to move forward with an environmental review of a proposed land use plan for the National City waterfront. Port staff stated the proposed plan would improve commercial development, facilitate public access to the water, increase maritime acreage through reconfiguration and street closures, and bolster maritime cargo operations and recreational uses.

Pepper Park, which is adjacent to Pier 32 Marina and Sweetwater Channel, would be expanded from 5.19 acres to 7.19 acres, according to port staff.

“Staff has made a focused effort to develop a land use plan that strives to balance the variety of interests surrounding this valuable waterfront area,” Leslie Nishihara, a planner with the Port of San Diego, told commissioners. “This land use plan will serve as the foundation for advancing our shared goal of creating a bayfront for National City where people want to visit or play.”

The National City City Council unanimously supported the proposed land use plan a few days ahead of the Port of San Diego Board of Port Commissioners meeting.

“It’s time for us to work together on this and to make something we all could be proud of,” National City Mayor Ron Morrison said. “We can say maritime and the community can come together.”

Commissioner Dan Malcolm said the Port of San Diego regularly has to balance the interests of recreational boaters with maritime activities and hospitality.

“We are really at a very good stage,” Malcolm said about the proposed land use plan. “I’m extremely happy we’re expanding [Pepper Park]. I think the citizens deserve that.”

The upcoming environmental review, scheduled to run up to 24 months, would include a California Environmental Quality Act (CQEA) analysis. Port staff stated how much CEQA documentation would cost have not been determined.

About 60 acres of the National City Marina District is used as an auto-processing cargo terminal, marina and public park. Tenants include Pier 32 Marina and Pasha Automotive Services. Pepper Park is home to a boat launch ramp, picnic areas and playground.

Pier 32 Marina is home to 250 slips and a waterfront restaurant.