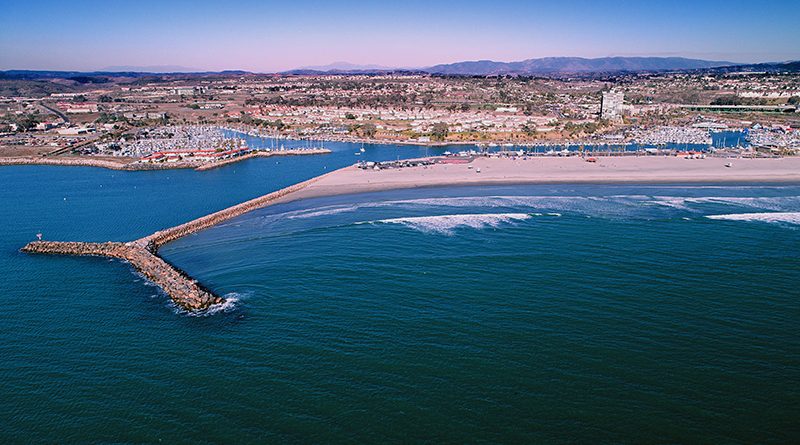 For a couple of years, the HBAC has been tossing back and forth a new harbor safety plan for Oceanside. The new plan is a lifeguard-based model that would move away from the current police-based model.

OCEANSIDE— On Aug. 15, the Oceanside Harbor and Beaches Advisory Committee moved to recommend the harbor safety plan, presented by city staff, to the city council to be heard at their meeting later this month.

The approval was in a six-to-one vote and was made with the caveat that the fire department or lifeguards would report back to the HBAC within six months of the completion of the transition to see how the plan was going.

“At the HBAC meetings, I would like an update of how the transition is going on,” said HBAC Chair Liz Rhea. “This can be anything from somebody from the lifeguards…or the harbor manager. But we need to know so that the harbor slip renters and everybody in the harbor know what’s going on. It is going to be an uphill battle; it is a learning curve.”

The motion also asked for open communication and to keep the plan as a sort of living document up for change as the harbor adjusts to the new plan.

“This is going to be kind of a living and breathing plan,” said Borrego in the meeting.  “If certain things aren’t working or can be done better or if there are certain elements that need tweaking, we are certainly willing to do that.”

The current model is a police-based model implemented in 2009. It has eight officers and one sergeant providing 24-hour coverage of the harbor.

The harbor unit is tasked with land-based policing services, water rescues, and boating safety enforcement. In addition, lifeguards are provided for the harbor’s beaches and are part of the Fire Department’s Lifeguard Division.

The new proposed safety plan would rely on 24-hour coverage from a lifeguard-based unit with police available for emergency calls.

The HBAC held off on acting when the plan was first presented in March of this year to have city staff look at the option reducing 24-hour shifts to 8-hour shifts, assessing the best accommodations for overnight lifeguard staff, and looking at the feasibility of removing fire captains from the plan.

City staff came back and proposed interim staff housing in the Marina Suites until permanent placement can be found. This would cost $8,300 a month.

City staff continued to recommend the 24-hour shifts, as they found the longer shift to be more cost effective in the long run, and the use of fire captains to provide advanced firefighting and paramedic/EMT level medical skills.

The shifts would have one lifeguard sergeant, one senior beach lifeguard, and one fire captain throughout the week. Patrols will take place between 7 a.m. to 7 p.m. Services would include rescue swimmers, boat operations, fire suppression, emergency medical services, hazmat response, and vessel/dock facility inspections.

Under the model, the harbor manager has also agreed to hire overnight private security to patrol parking lots, bathrooms, and docks.

The estimated overall cost for the safety plan would be the assumed annual cost of $2.69 million based on the current fiscal year. This would save almost $100,000 a year compared to the current police-based model, which sits at approximately $2.79 million.

City staff plans to present the safety plan to the city council at their meeting in late September. If approved, they would immediately begin rolling out the transition and expect to be in full function in 2023.