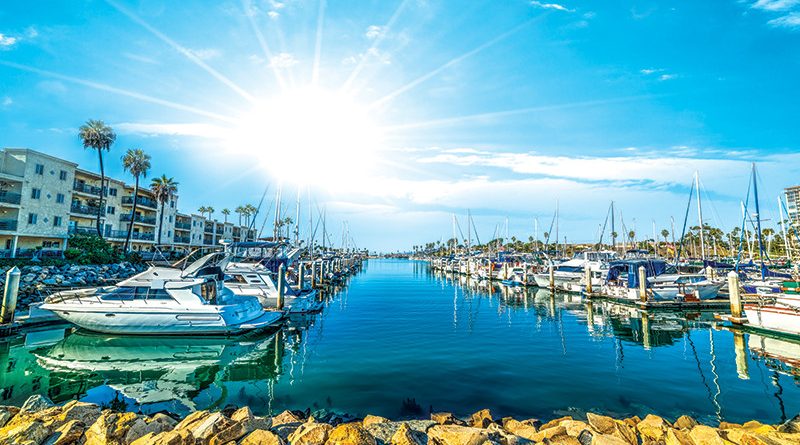 The current Police Department-based model for Harbor public safety was implemented in 2009 and costs the harbor $2.5 million yearly.

OCEANSIDE一 On Sept. 9 the Oceanside Harbor and Beaches Advisory Committee met for a special meeting to hear the staff recommendation for the Harbor Public Safety Service Model, where they unanimously voted against the draft and sent city staff back to the drawing board.

In Aug. 2020 city staff assembled an informal working group of Harbor stakeholders, that included staff from various city departments, two current members of the Harbor and Beaches Advisory Committee, and two Harbor stakeholders. The group met three times to discuss options and presented their original findings at the March, 15 meeting.

The proposal was presented then presented to the public by Jonathon Borrego the deputy city manager for the city of Oceanside at the Sept. 9 meeting.

The proposal included: 16-hour dedicated water and landside lifeguard coverage from 6 a.m. to 10 p.m. and a minimum of two lifeguards including a boat operator and rescue swimmer on 16 hours shifts this included a staff change by adding a lieutenant and two sergeants; 24-hour fire and paramedic coverage that would extend beyond the harbor into a larger coastal area between the harbor and Oceanside Boulevard, west of the I-5, the cost would be split between the city and harbor; water rescue duties between 10 p.m. and 6 a.m. would be provided by a firefighter/boat operator assigned to the coastal squad and a lifeguard rescue swimmer that would be assigned to overnight call back duty; the police department would be provided in the same manner as the rest of the city on a call by call basis with the cost falling on the harbor via its annual lease payments; the Harbor District would be responsible for hiring a private security service to provide overnight security duties including parking lot patrols, restroom checks, and dock checks.

The proposed project would cost approximately $3.4 million and about $900,000 of the costs would be absorbed by the City’s General fund resulting in an estimated $2.56 million direct cost to the Harbor District, about $60,000 more than the Harbor’s current public safety budget.

During the meeting, several members of the public spoke about the plan to raise the lease to current market rates and raised concerns about the similarity between the situation in Oceanside and the one in Dana Point, which is currently undergoing a slip rate increase that has several boaters concerned about losing their slips.

Many boaters and the committee questioned the term current market rates and what the rates would be based on. Oceanside is a smaller harbor than the surrounding harbors with an annual median income of $72,697 in 2019 compared to Dana Point at $99,409 and Newport Beach at $127,223.

In the end, the council voted to unanimously turn down the proposal and sent staff back to the drawing board with a couple of requests, that they look into previous public safety models, including models that included a harbormaster, explore an option to independently outsource, and consider what is best and most cost-effective for the harbor.

The Harbor and Beaches Advisory Committee will meet again on Oct. 18 for its regularly scheduled meeting.