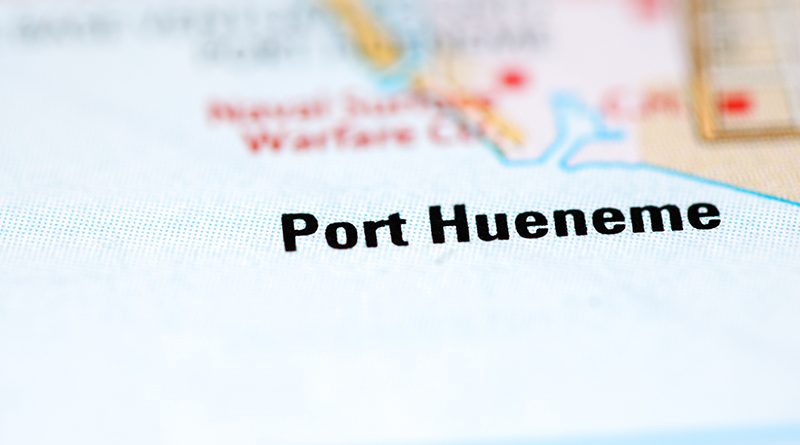 The Port of Hueneme is vital in the intermodal logistics supply chain and significantly contributes to the economic health of Ventura County and Southern California. The Port generates more than $1.7 billion in economic activity, annually. Shutterstock image.

The ongoing problem of congested ports in L.A. County has caught the attention of the Port of Hueneme and the Naval Base Ventura County, as the two have joined together to alleviate the supply chain crisis during the holiday season.

PORT HUENEME— On Nov. 22, Naval Base Ventura County (NBVC) announced it is lending its resources to help ease the bottleneck at Southern California’s ports along with the Port of Hueneme. The announcement discussed an activated long-standing joint-use agreement (JUA) between the NBVC and the Oxnard Harbor District (OHD) and Port of Hueneme to help decrease the port congestion in Los Angeles County and ease the national supply-chain shortage. The JUA, which  was activated this month to make Port Hueneme available to cargo ships waiting to unload their shipments off the ports of Los Angeles and Long Beach.

Resources that are being lent by NBVC include the additional space of the Navy’s famous construction battalion, the Seabees, the West Coast homeport of the Navy’s battalion. The Port of Hueneme complex is not only an international shipping business but is also an operating facility of NBVC.

The Department of the Navy entered in a JUA with OHD in 2002, which authorizes commercial use of Wharf 3 which in onboard NBVC, including approximately 21 acres of neighboring land, buildings 546 and 548, and if available, another 10 acres of industrial land located outside the Wharf 3 area.

NBVC is composed of three facilities, Point Mugu, Port Hueneme, and San Nicolas Island, and is home to the Pacific Coast Seabees, the Westcoast Hawkeyes, three warfare centers, and the Navy’s “ghost fleet” of unmanned air and sea vehicles.

According to Jason Hodge, the President of OHD which owns the Port of Hueneme, the commercial business at the Port of Hueneme has already increased significantly over the past year. The Port has been accommodating and flexible throughout the whole process.

In a press release put out by the Port of Hueneme Hodge said, “The Port appreciates the partnership with NBVC and locating additional space to accommodate excess holiday shipments coming through the Port. We are delighted to come together to meet the challenge of providing a solution to help keep essential goods moving. Our long-standing history of partnership continues with this call-to-action to address the national supply chain challenge.”

The naval facility has already welcomed at least some large cargo vessels. Ports America, the largest U.S. terminal operator and stevedore, has unloaded many 40-foot containers into lot 22 onboard Port Hueneme. Those containers held merchandise that is expected to have direct impact on holiday supply demands.

“Ports America already off-loaded a large number of forty-foot containers into lot 22 onboard Port Hueneme, which is merchandise expected to have direct impact with helping to support holiday supply demands,” said Daniel J. Herrera, the assistant program director for port operations of NBVC, in an interview with CBS News.