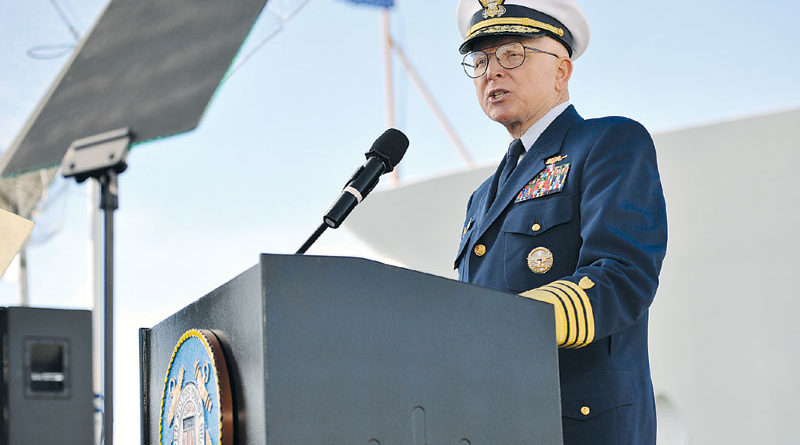 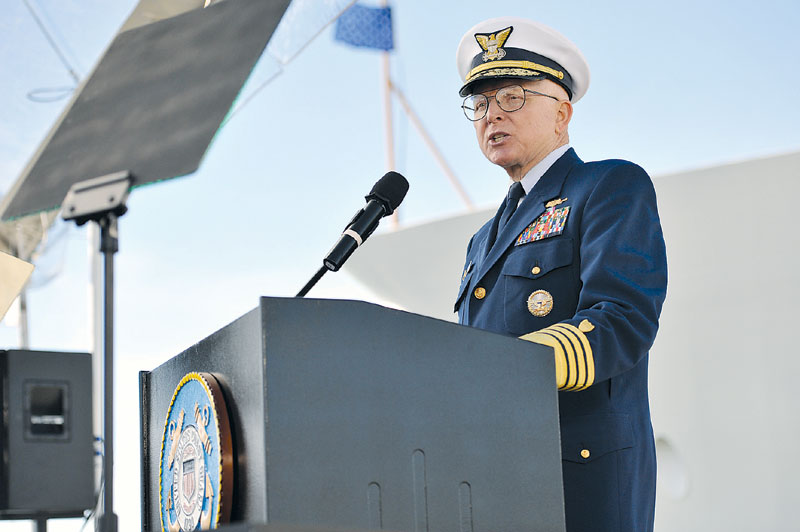 During his speech — the first time a commandant has delivered the speech outside Washington, D.C. — Papp described the Coast Guard as “on track, but navigating uncertain and stormy seas.

“You cannot patrol without having substantial ships,” Papp said. “We need new ships.”

Of the 40 “major ships” under his command, the vast majority of them were built during the Vietnam War, he said. “They’re falling apart.”

Papp has made overhauling the aging fleet a priority since his appointment to oversee a service comprised of 42,000 active duty military and 8,000 civilian workers. He said that’s a challenge, given ever-tighter annual budgets to meet always-growing mandates since Sept. 11, 2001.

Papp said he will fight to maintain the Coast Guard’s annual budget of a little more than $10 billion.

“We have taken on a lot more responsibility since Sept. 11, and you cannot patrol without having substantial ships,” Papp said. “Everybody wants us to do something.”

Papp said he believes the Arctic region is the most important emerging maritime frontier that he believes vital to the U.S. economy and national security. Melting polar ice is opening year-round shipping lanes for the first time, and many nations are rushing to the region to exploit the new development. The Coast Guard has a single icebreaker operating in the region year-round.

The Coast Guard commandant said the service has myriad duties involving national security, including inspecting foreign cargo ships bound for the United States and intercepting drug runners, gun smugglers and other dangerous vessels thought to be a threat to national security. The Coast Guard is also still responsible for rescuing boaters in distress, policing domestic waterways and enforcing regulations.

The Coast Guard’s new duties since the Sept. 11 attacks include patrolling what he terms the “middle layer” of the world’s oceans, where national security threats need to be stopped hundreds and thousands of miles from the country’s shores, Papp said.

Papp said protecting the country now starts at foreign ports that trade with the United States. “You don’t want the threat arriving at your ports.”