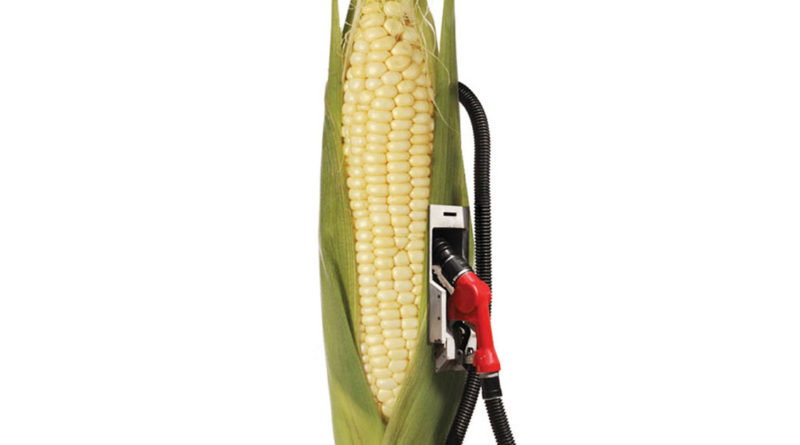 WASHINGTON, D.C. — Federal legislators in Washington, D.C. seem to agree the Renewable Fuel Standard needs to be reformed, as demonstrated by a pair of bills currently circulating in both houses of Congress. The specifics of how the standard should be amended, however, still need to be fleshed out.

Ethanol reform has yet to fall victim to legislative gridlock defining, but it is evident representatives and senators are pursuing different avenues to amend the Renewable Fuel Standard (RFS), which, according to the Senate bill, mandates annually increasing consumption of corn for fuel.

The Log reported in February of a bill (HR 704) introduced in the House of Representatives to end ethanol blending mandates and cap levels of biofuel use.

Three weeks after HR 704 was introduced, senators from Arizona, California, Maine and Pennsylvania introduced S 577 in the upper house, proposing to eliminate ethanol mandates. However, the proposal does not regulate ethanol levels used in motor fuel.

The Senate bill, which was reportedly introduced Feb. 26, proposes only to eliminate the ethanol mandate from the RFS and Clean Air Act. No amendments are proposed to alter how the Clean Air Act regulates ethanol volume used in motor fuel.

Virginia Rep. Bob Goodlatte introduced the RFS Reform Act of 2015 in early February and has since picked up 48 co-sponsors, including Reps. Jim Costa (D-Fresno), David Valadao (R-Hanford) and 13 representatives from Florida (seven) and Texas (six). Most of the co-sponsors (41 of 48) are Republican.

“RFS mandates are increasing feed costs for famers, therefore, increasing consumer cost. Consumers have not benefited from any price relief at the pump,” said Valadao, whose district includes a portion of Fresno.

At the heart of the RFS Reform Act are proposals to restrict the Environment Protection Agency (EPA) from approving any consumer gasoline with more than 10 percent ethanol and eliminate any mandates for the corn-based biofuel in the Clean Air Act and Renewable Fuel Standard.

The bill also proposes to cease any mitigation for misfueling. Some gas stations use a common hose and nozzle to dispense E10 and E15 fuels. The combination of E10 and E15 at the same gas pump could result in boaters being confused and filling their boats with fuel containing 15 percent ethanol. According to the American Automobile Association, E15 can potentially damage fuel lines.

“Renewable fuels play an important role in our energy policy but should compete fairly in the marketplace. This legislation will bring the fundamental reform this unworkable federal policy needs now,” Valadao’s staff said in a statement.

The Corn Ethanol Mandate Elimination Act of 2015 is not as extensive as its counterpart in the House.

The Senate bill proposes to eliminate federal ethanol mandates as a means to control gasoline prices, according to a joint statement issued by Feinstein and Toomey.

“The current statute effectively mandates the use of corn ethanol at the expense of other fuels. The requirement drives up the price of corn, products made from corn, livestock that feeds on corn, and many products on grocers’ shelves and in refrigerators,” the joint statement read.

Feinstein added the federal ethanol mandated is “unwise” and “unworkable.”

“Our infrastructure has a ceiling for the amount of corn ethanol that can be used, and we’re rapidly approaching it,” Feinstein said. “Companies are physically unable to blend more corn ethanol into gasoline without causing problems for many gas stations and older automobiles. The mandate also pits corn ethanol against other renewable fuels, which has stunted the growth of environmentally-friendly advanced biofuels like biodiesel and cellulosic ethanol.”

A letter from 36 groups, including American Sportfishing Association, Boating Industry Association of Metro Houston, BoatUS and Marine Retailers Association of the Americas, urged Feinstein and Toomey to legislate ethanol reform.

“The RFS is a fundamentally broken policy that disadvantages everyday Americans. After years of growing evidence that the RFS is failing to achieve its stated goals, and in many instances actually works against them, now is the time for the bipartisan reform,” the co-signed letter stated.

Congress enacted the RFS in 2005. According to Feinstein’s staff, the standard “required refiners and blenders to use 18.15 billion gallons of renewable fuel in 2014.”

“More than 14 billion gallons of this total will be met by the use of corn ethanol, a level that will increase in subsequent years,” Feinstein’s staff added.

When they proposed the reform as part of the Keystone pipeline bill and then later with the introduction of S 577, Feinstein and Toomey pointed out two flaws with the current federal ethanol mandate: the RFS’s ethanol mandate allows for increased corn consumption and a “blend wall” when certain limits are exceeded.

“Roughly 40 percent of corn in the United States is currently used for fuel,” Feinstein said, claiming the high use damages the environment and artificially inflates feed and food prices.

The California Senator added refiners are subject to a blend wall as gasoline consumption declines and the RFS mandate restricts them from blending more than 10 percent ethanol into the fuel supply.

Both bills are currently circulating the committee circuit, with the House Energy and Commerce Subcommittee reviewing RFS Reform Act of 2015 and Senate and Environment Works considering the Corn Ethanol Mandate Elimination Act of 2015. It is unclear whether either bill will be on the floor for a vote before the EPA releases its 2015 Renewable Fuel Standards in June.

Stay tuned to The Log for updates on the bills, EPA’s release of its Renewable Fuel Standards and how the flurry of administrative and legislative activity impacts boaters.