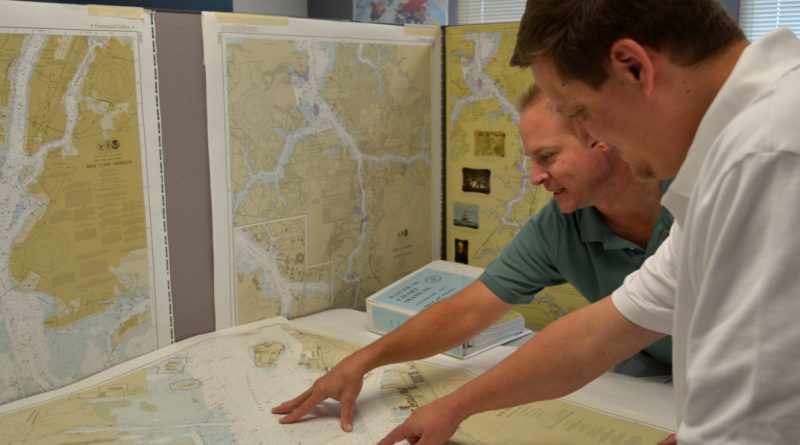 Federal agency announces plan to transition to use of the “Custom Chart.”

WASHINGTON, D.C.—It’s a sign of the times: those paper nautical charts you get from the National Oceanic and Atmospheric Administration (NOAA) will be completely obsolete within five years. A three-part sunset strategy will be implemented, allowing the federal agency to do away with paper nautical charts by January 2025 and instead offer boaters the “NOAA Custom Chart.”

Eliminating paper nautical charts are part of a plan to provide boaters with “the most up-to-date data for marine navigation,” according to NOAA staff.

NOAA announced the sunset of paper nautical charts in a formal, 18-page document on Nov. 14.

NOAA began reviewing the efficiency of paper nautical charts in November 2017 as part of a National Charting Plan. A decision was ultimately made to sunset the paper charts and transition to use of Electronic Navigational Chart (ENC) products.

“To facilitate the transition of paper and raster chart users, and other stakeholders to Electronic Navigational Charts … based products, NOAA is soliciting feedback from chart users and commercial entities that provide navigational products and services based on NOAA raster chart and ENC products,” NOAA staff stated in its official announcement of the elimination of paper navigational charts. “Information gathered from these discussions will inform and shape the manner and timing in which the sunset process will proceed.”

The phase-out of paper navigational charts will be conducted in three steps: improve the consistency and detail of ENCs; promote use of paper charts based on ENC data; and, an “orderly shutdown” of traditional NOAA paper and other raster nautical charts.

There are more than 1,200 ENCs and 1,000 paper nautical charts within NOAA’s library, ranging from overview charts for voyage planning to large-scale “berthing” charts.

“The criteria for canceling individual charts are still being developed,” NOAA staff stated. “No comprehensive schedule, list or prioritization of pending chart cancelations will be published. However, when a chart is identified for cancellation, the print-on-demand version of the chart will be updated with a note stating that it is the last edition of the chart and it will be canceled six to 12 months later.”

Some of the criteria NOAA staff might use to determine the cancellation of a paper nautical chart include: whether a new, larger-scale ENC is available; volume of individual chart sales; and, new depth or shoreline data is applied or compiled for a corresponding ENC.

“Some cancellations may be regionally based, especially if all of most of a particular chart’s adjoining similar-scale chart coverage is canceled,” NOAA staff added.

NCCs – the NOAA Custom Chart – are offered online and allows users to create their own charts from the latest ENC data.

“Users may define the scale and paper size of custom-made nautical charts centered on a position of their choosing,” NOAA staff stated in its sunset announcement. “Users may then download, view and print the output. NCC is an easy way to create a paper or digital backup for electronic chart systems or other Global Positioning System … enabled chart displays.”