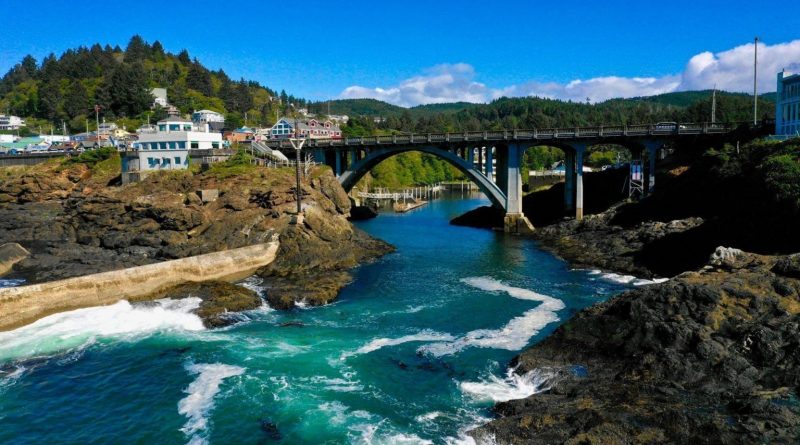 ROCKLAND, Maine—The harbor in Depoe Bay, Oregon was named the winner of this year’s “Best Harbor in the U.S.” contest. Winners of the contest, which was held in May, were announced on June 4. DePoe Bay Harbor, located on Oregon’s north central coast, was the only West Coast harbor on the winners list. US Harbors, a media and data company based in Rockland, Maine, hosted the contest.

Padanaram was last year’s Best Harbor in the United States winner. Three of the five runners-up are based in Massachusetts.

Oregon’s Depoe Bay, according to US Harbors, claims to be the “smallest navigable harbor in the world.” The harbor measures only 6 square acres in size but is home to a working fishing community and hails itself as Oregon’s whale-watching capital.

“It was a very tight and enthusiastic race to the win among a handful of harbors, but in the end Depoe Bay, Oregon took the lead. The contest is ultimately about the passion we all feel for our coastal communities, and the way they enhance our lives,” US Harbors staff said about the contest.

US Harbors debuted its Best Harbor in the United States contest in 2019, with the harbor Panadaram, Massachusetts taking first place honors. Two Southern California harbors – San Diego and Avalon – were in the running for the “Best Harbor” honor last year but failed to make the final list of six.

Sausalito Harbor was the sole West Coast harbor on the final list in 2019.

The US Harbors contest is based upon user input. There were 1,403 harbors eligible for the title of “Best Harbor in the United States” – each of these harbors rely upon US Harbors for tides, weather and other related information. Votes were submitted for 786 harbors, according to US Harbors staff.