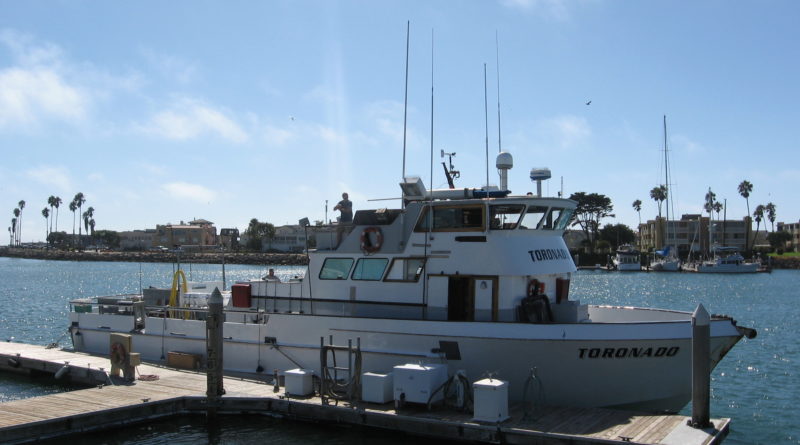 Shifting to a 12-month fishing license cycle had broad support and no opposition, so why did it fail?

SACRAMENTO — It’s no secret money and politics go together. What remains secretive is how money dictates the policies directly governing our lives. Some questioned whether money was a factor in the sudden demise of a proposal to overhaul California’s fishing license system.

No sooner did the bill fail to emerge out of the Assembly’s Appropriations Committee did California’s anglers look to the board’s membership and question why they failed to recommend Senate Bill 187 (SB 187) for passage.

Some pondered whether Assembly member Lorena Gonzalez Fletcher, who chaired the Appropriations Committee, had incentive to kill the bill. Gonzalez Fletcher, interestingly enough, represents San Diego, which is one of California’s top destinations for anglers.

The Log reached out to Gonzalez’s office and made initial contact with one of her staff members, hoping to gain some perspective as to why SB 187 failed to cross the finish line despite overwhelming support and no known opposition.

When asked for an explanation as to why SB 187 was not recommended to move forward out of committee, her office went radio silent; her press representative, Alex Roth, has not yet responded to The Log’s questions. We specifically asked why SB 187 did not make it out of Appropriations despite having no opposition on record or during any stage of voting.

We also asked why the bill was killed in Appropriations Committee when five of its members voted in favor of SB 187 while sitting on another committee.

Of course there might well be a reasonable answer for why SB 187, which many of its proponents considered to be a common sense proposal, was killed in the Appropriations Committee. The Log will continue searching for answers beyond this particular story. Readers are also encouraged to reach out to members of the Appropriations Committee and ask questions of their elected representatives.

As we pursue our quest for answers, let us look back on how we arrived to today’s current predicament.

SB 187, had it made it out of the legislature and later signed into law, would have established a 12-month cycle for fishing licenses. All fishing licenses in California expire Dec. 31, regardless of when purchased. The state does not prorate the license fee for later purchases.

More than 50 organizations and agencies supported the proposal, according to an Assembly analysis in June. The same analysis listed zero opponents and 3,211 individual supporters.

The 12-month license proposal also garnered unanimous support as it moved through the State Senate. Three State Senate committees approved SB 187 by 9-0, 7-0 and 7-0 votes, respectively. All 40 senators voted in favor of the bill when it came to a full vote on May 31.

Unanimous votes on five occasions and no listed opposition to the bill naturally caused anglers to wonder why SB 187 was held during the late stages of this year’s legislative process.

It is common for legislative proposals with a fiscal effect to forwarded to the State Senate’s or Assembly’s Appropriations Committee when it is relatively close to being approved by both houses and forwarded to the governor for signature or veto.

SB 187 jumped through all the hurdles in the State Senate, meaning Assembly support was necessary for it to move forward. The Assembly’s Appropriations Committee, accordingly, was the proposal’s final stop; it would not be voted on by the lower house’s full membership without the committee’s positive recommendation.

The announcement of which bills are recommended for a full vote and which aren’t often comes without explanation, so anglers and fishing groups were left in the dark as to why the Appropriations Committee did not recommend SB 187 for a full vote.

Gov. Jerry Brown, by comparison, issues a veto message every time he rejects a legislative proposal. The veto message is made public on his website and easily accessible for everyone to see. Each message offers a one- or two-paragraph explanation of what Brown believed to be the bill’s shortcoming(s).

Why is such transparency prevalent at the executive level but not with a legislative committee’s decision?

The 12-month fishing license proposal, as mentioned above, did not receive a single opposition vote as it moved through the legislature. Of note are the handful of Appropriations Committee members who also sit on the Assembly Water, Parks and Wildlife Committee.

All five members who sit on both committees had supported SB 187 when Water, Parks and Wildlife deliberated the proposal. Did those five Assembly members still support SB 187 when it shifted to Appropriations? Perhaps one, some or all of them changed their mind? Or maybe they still supported the proposal but couldn’t convince other Appropriations Committee members to join them in support?

Such questions aren’t unreasonable to ask when a proposal moves through the process unopposed but is suddenly killed toward the end without explanation – particularly when some members on the committee that killed the bill were also on another committee where it was unanimously supported.

Organizations and Agencies In Support of SB 187

Leave a Reply to Disgusted and Voting for Change Cancel reply