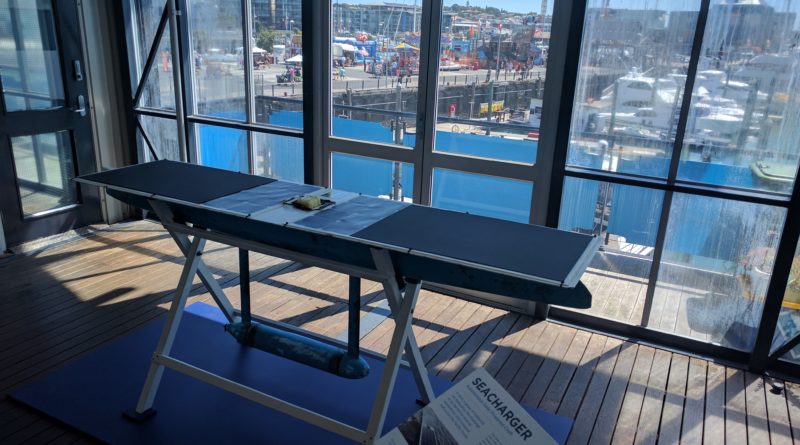 SILICON VALLEY — Damon McMillan, an engineer who works for Liquid Robotics, has retired his SeaCharger, a breakthrough in boating technology as the first solar-powered boat that sailed itself.

McMillan created SeaCharger in a garage several years ago as a hobby, not a commercial project.

SeaCharger was the first watercraft of her kind and successfully sailed from the U.S. mainland to Hawaii in 2016. The trip totaled more than 2,200 miles and progress was tracked and recorded on the official website at seacharger.com, which can still be viewed.

Though SeaCharger’s trip to Hawaii was a triumph, a follow-up trip from the U.S. to New Zealand failed to see the same success. SeaCharger became lost at sea, going in circles for more than a month. Eventually, McMillan’s mother contacted James Dawson of Sofrana Unilines in New Zealand, who contacted the captain of a ship named Tourville, and an intervention was staged to pick up SeaChanger.

According to the blog post by McMillan, dated Jan. 18, 2017 “SeaCharger was covered with all sorts of nasty ocean-dwelling creatures … the rudder was gone and the propeller blades were both broken. No wonder it wasn’t making any progress! I was glad to hear that the motor was still spinning, though. In addition to the broken rudder and propeller, the hull had a couple of nasty gouges in it. I prefer to think that a Great White [shark] took a bite out of it, but it was probably just driftwood or something.”

On Jan. 5, McMillan updated his website after a year of silence. During that time, SeaCharger spent some time in the New Zealand Maritime Museum and was then shipped home to McMillan. Unfortunately, SeaCharger was quite damaged and would cost much time and expense to repair. McMilland decided to retire SeaCharger from voyaging the seas.

A blog post from Jan. 5 stated, “Repairing the boat and sailing it again would require a lot of time and expense. There are many parts of it that were permanently glued on (like the solar panels) or sealed shut (like the electronics enclosure), so replacing those components would be tricky. I think it’s probably better to quit while we’re ahead. For now, I plan to show the boat at schools or similar groups when the opportunity arises and hope that somebody finds it interesting or, better yet, inspirational.”

SeaCharger was certainly a game changer for sailing, combining the world of Silicon-Valley-technology with the world of boating. McMillan continues to work with Liquid Robotics, a Boeing-owned company with goals to create digital systems to find solutions for illegal fishing, possibly uncovering new energy sources, and exploring avenues to better understand climate change.