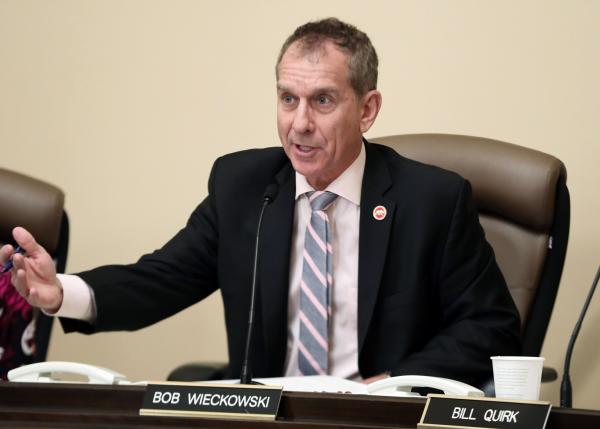 Statewide office, if created, would oversee the planning and coordination of California’s climate adaptation strategies.

SACRAMENTO—A bill has been circulating on the floor of California’s State Senate since late January, seeking to create a new statewide office on climate change adaptation. The implementation of a plan seeking to address the way California adapts to predicted climate change could have a designated leader, and that person would be known as the Chief Climate Resilience Officer.

The new position, which would be created if legislators approve Senate Bill 168 (SB 168) and Gov. Gavin Newsom signs the proposal into law, would take on several responsibilities, such developing guidance documents and measuring adaptation.

The language of SB 168 stated the creation of a Chief Climate Resilience Officer is necessary to help California avoid the “most sever impacts” of climate change.

“The state has been a leader in climate mitigation efforts to reduce greenhouse gas emissions. Now, and in the coming years, it is critical for California and the global community to continue and intensify those efforts in order to avoid the most severe impacts from a changing climate. However, because the global climate system changes slowly, impacts are ongoing and will inevitably worsen,” the bill’s language stated.

Some of the duties of the Chief Climate Resilience Officer, if created, include:

Advisory council members would be expected to have an expertise in climate change or climate science, plus knowledge in fields such as agriculture, energy, environmental justice, natural resources, public health, recycling, transportation, waste management or water.

“We need a well-coordinated strategy based on the latest science to enable our state to be resilient enough to meet these and other incredible challenges,” Wieckowski reportedly said, pointing out California did not have a coordinated approach amongst state, regional, and local entities, when it comes to climate change adaption.

“The chief officer would be the statewide lead to manage this effort on adaptation,” Wieckowski continued.

The bill does not yet have any filings of opposition.