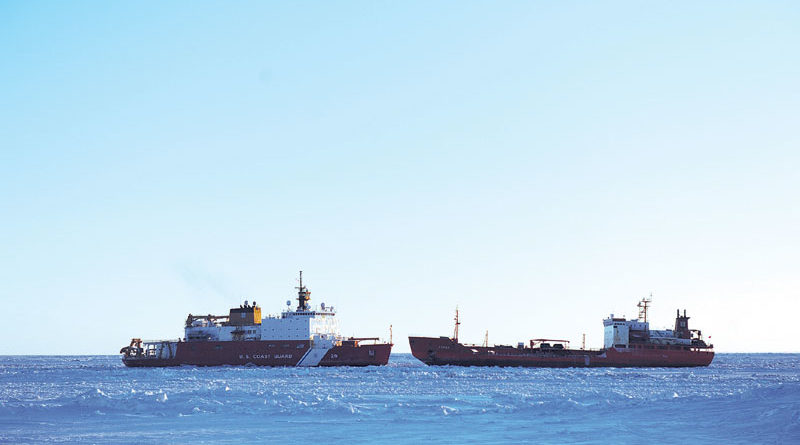 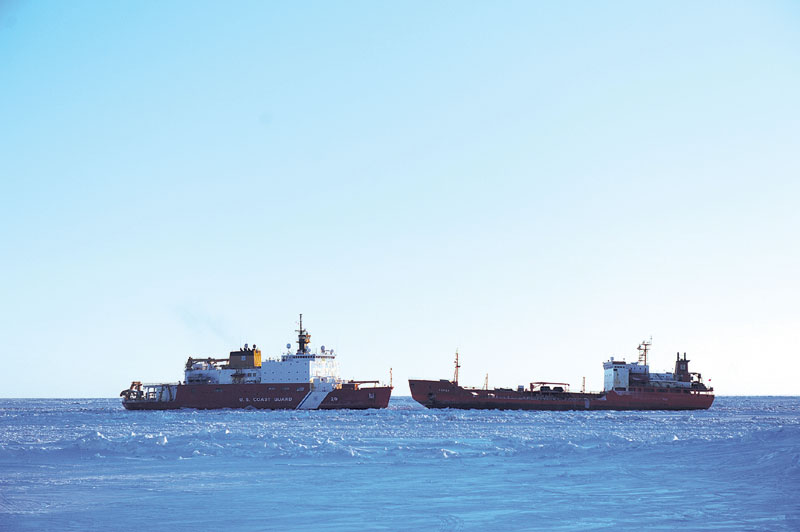 ANCHORAGE, Alaska (AP) — The mission was daunting by every measure: First, journey 5,000 miles, struggling at times through thick ocean ice with the help of the U.S. Coast Guard icebreaker Healy. Then, pump 1.3 million gallons of fuel from a frozen-in-place ship to an iced-in Alaska city, half a mile away across the ice — all while braving sub-zero temperatures.

On Jan. 19, this first-of-its-kind endeavor came to a successful close — to the relief of the residents of Nome, who are experiencing one of their coldest winters on record and had been counting on the diesel fuel and gasoline delivery to get them through the next few months. Nome, a city of 3,500 residents, didn’t get its last pre-winter barge fuel delivery because of a massive November storm.

The Russian tanker Renda’s ocean journey would have been challenging enough, but the offshore offloading of fuel with ships frozen in place off the coast had never been tried in Alaska before, said Stacey Smith, manager for Vitus Marine LLC, the company that came up with the idea.

It marked the first time petroleum products have been delivered to a western Alaska community by sea in winter.

The tanker began its journey from Russia in mid-December, picking up diesel fuel in South Korea before heading to Dutch Harbor, where it took on unleaded gasoline. Healy cleared a path for the tanker through hundreds of miles of thick ice and strong ocean currents in the Bering Sea to reach Nome.

A special waiver of the Jones Act had to be granted by U.S. officials to allow Renda to bring the much-needed fuel from Dutch Harbor to Nome.