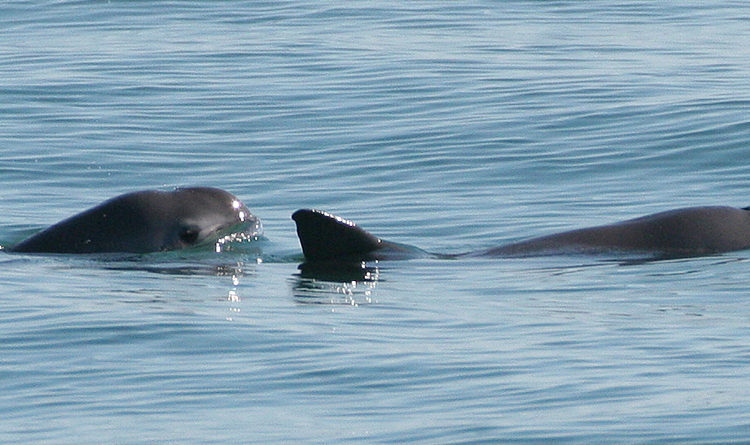 World Heritage Committee balked at granting the endangered species such a status in 2017 and 2018.

BAJA CALIFORNIA—Third time is a charm? The World Heritage Committee of United Nations Educational, Scientific and Cultural Organization (UNESCO) finally declared the vaquita porpoise species as being “In-Danger.” The designation, which was granted after at least two previous attempts to do so failed, opens the door for Mexico and UNESCO to jointly develop “corrective measures” to save the vaquita.

Advocates with the Center for Biological Diversity have been petitioning UNESCO and the World Heritage Committee to grant vaquitas “In-Danger” status since 2015; efforts to declare the species as “In-Danger” were not granted in 2017 and 2018. A report on the 2018 denial in The Log revealed the World Heritage Committee held back on granting an “In-Danger” status at the request of Mexican officials. Those officials wanted to show they could save the species through its own internal efforts.

Fewer than 30 vaquitas, according to estimates, existed then; the estimated number of vaquitas today is at 10 or less.

“This designation is a crucial step toward saving the last surviving vaquita porpoises from deadly fishing nets, but Mexico still has to act,” Alejandro Olivera, the Center for Biological Diversity’s Mexico representative, said. “The international community just sent a clear message that Mexico must do better, but the decision also opens opportunities for funding a real conservation program to avoid the vaquita’s extinction. The Mexican government will have new incentives and new resources to stop the illegal fishing that’s killing the world’s most endangered marine mammal.”

The Center for Biological Diversity issued a statement saying the 21-member World Heritage Committee finally agreed to grant the vaquita species an “In-Danger” status when it became clear all other attempts to save the marine mammal weren’t working.

“After several years of strong opposition to an “in danger” designation, Mexican officials attending the World Heritage Committee meeting accepted the designation. The 21-member committee recognized that, with so few vaquita remaining and Mexico’s poor track record enforcing its regulations to save the vaquita and totoaba, the designation was necessary,” the Center for Biological Diversity’s released statement said.

The Upper Gulf of Mexico is the only known habitat for vaquitas. NOAA (the National Oceanic and Atmospheric Administration) stated the vaquita population has declined by 95 percent since 1997. The sharp decline of the vaquita was blamed on illegal fishing, such as the use of drift gillnets to catch totoabas.

Illegal fishing is common in the Gulf of California (which is also known as the Sea of Cortez). Environmental organizations, fishers and the government reportedly collected as many as 1,200 illegal drift gillnets in the vaquita habitat, alone, between October 2016 and April 2019.

“The vast majority of these nets (721) were actively set, not abandoned ‘ghost’ gear,” a Center for Biological Diversity statement on the use of illegal gear stated.

Mexico stands to lose its World Heritage Site status for the Upper Gulf of California should the vaquita go extinct.

“The committee’s decision opens the possibility of additional support to save the vaquita. The property can be removed from the List of World Heritage in Danger if the vaquita is no longer under threat,” the Center for Biological Diversity said in a released statement. “The vaquita’s extinction could cause the committee to consider deleting the property from the World Heritage List, which would be a significant loss for Mexico.”

A rally was scheduled to take place at the Mexican Embassy in Washington, D.C., on July 12. International Save the Vaquita Day 2019 was recognized on July 6.