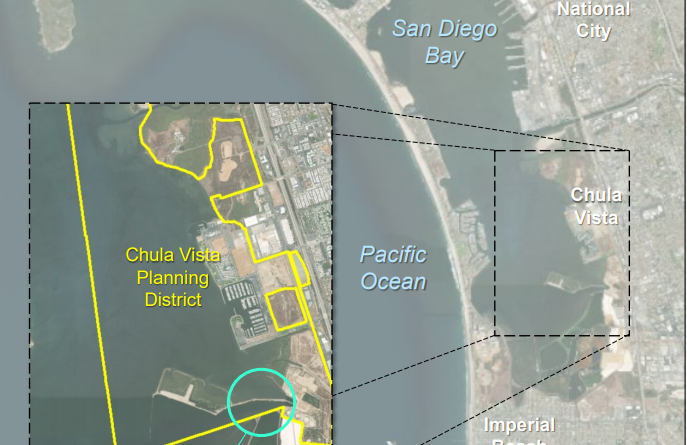 “We are honored to be among other great projects that received grant funding for wetlands restorations and enhancements throughout California,” said Chairman Michael Zucchet, Port of San Diego Board of Port Commissioners, in a March 12 released statement.

As a step to move the project forward, the Board of Port Commissioners adopted a Port Master Plan Amendment (PMPA), which allowed the Port to add the project and project description to the current Port Master Plan, and authorized conditional issuance of a Coastal Development Permit at the March 9 Board meeting. In February, the California Coastal Commission voted unanimously to certify the PMPA.

The Port will now go back to the Coastal Commission once more so they can accept the adopted PMPA before the project can commence.

Installation of the native oyster living shoreline could begin as early as this spring but could be this fall or spring 2022, dependent on the native oyster recruitment season. The project will place a total of 360 constructed reef ball elements in a series of six arrays at two tidal elevations in hopes of establishing native oyster populations that create structurally complex “reef” habitat for fish, birds, invertebrates, and aquatic plants. The project is also expected to improve local water quality via oyster water filtration and settling of sediments, as well as increase wetland connectivity to intertidal and subtidal lands.

“The San Diego Bay Oyster Living Shoreline Project will increase the resilience and biodiversity of one of California’s most iconic and beloved waterfronts, and these federal dollars are being matched by state funding thanks to the people of California, who consistently support the protection and restoration of our natural resources,” said Sam Schuchat, executive officer of the California State Coastal Conservancy, in a March 12 released statement.