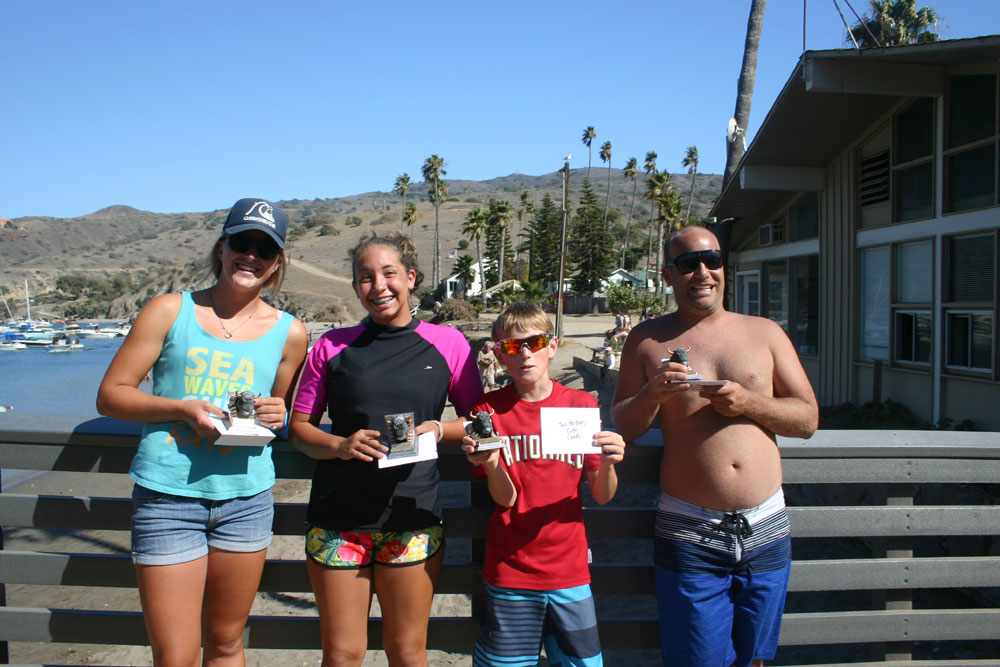 Contestants were separated into four groups – men, women, girls and boys – to compete for the top spot. The contestant who threw the farthest toss from each group was awarded a trophy and a gift card.

Winners in this year’s competition are: Kelly with a toss of 84 feet in the Women’s 18 and over category; Harrison with a throw of 83 feet, sweeping the Children’s 12 and under category; Mckenzie threw her chip 78 feet to take first in the Girl’s 13-17 category; Cole with a toss of 86 feet to win the Boys 13-17 class, and Nick with a throw of 155 feet, earning him the top spot in the Men’s 18 and over category two years in a row.

The competition was started by the late Jimmy Walker, who once served in the Two Harbors Harbor Patrol. The event is held annually in his memory.