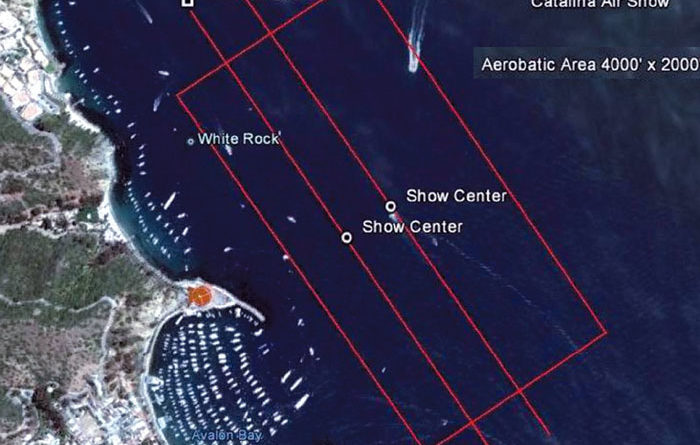 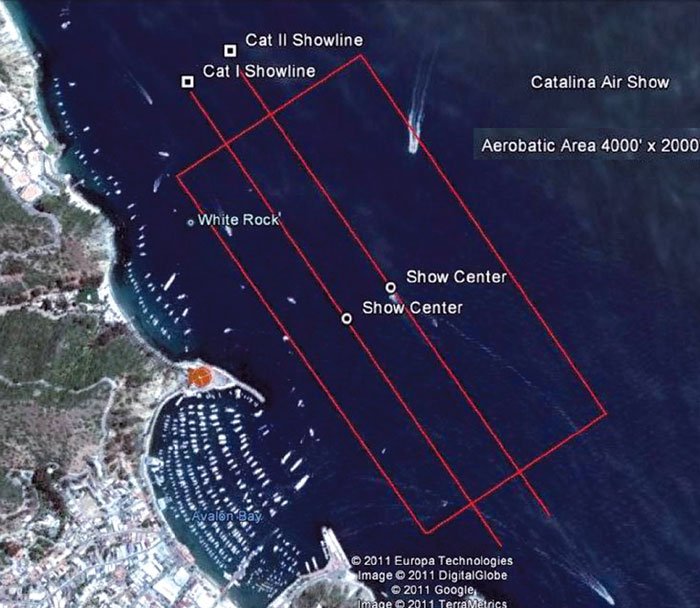 AVALON — Celebrating 100 years of aviation history on Catalina Island, the inaugural Catalina Air Show will be a weekend filled with flyovers, festivals and fun.

Using Avalon Bay as a natural amphitheater, the air show in the sky will take place Sept. 29, commemorating the 100th anniversary of the longest over-water flight in the world at the time and the first sea landing in history at Catalina.

Both civilian and military aerobatic displays will be featured during the show, and boaters are already reserving mooring spots in the bay to get a front-row seat to the spectacle above.

Event:
Utilizing military, vintage and specialty aircraft, the event brings something for all vacationers, boaters, pilots and aeronautical enthusiasts who will all have their eyes in the sky as they view the aerial display just off the Avalon breakwater Sept. 29. Aircraft displays located at the Airport-in-the-Sky and in Avalon will allow spectators the opportunity to visually inspect the aircraft. Street fair booths with an aeronautical theme will line Crescent Avenue.

Venue:
Avalon Harbor and the surrounding canyon form a natural amphitheater, making an air show off the breakwater an excellent spectator location from local beaches, hotels and homes. Additional spectator viewing will also be available aboard private boats and other watercraft. Catalina’s beaches, shops, restaurants and picturesque environment provide a unique location for an air show, as most shows require spectators to view the event from a tarmac.

Festival:
The corresponding festival will feature static aircraft displays at the Catalina Airport-in-the-Sky Sept. 30 and aeronautical theme concessions and various vendors along Crescent Avenue. Hospitality viewing will be available from hotel balconies, with a VIP event to be held on the veranda of the Casino Ballroom. On the evening of Sept. 29, the Casino will also host a dance concert for all to enjoy.

History:
For years, reaching Santa Catalina Island was only possible by steamship or private vessel. But as early as 1912, the first amphibious airplane landed in Avalon Bay. It was soon followed by the first air-passenger service, introduced in 1919. Seaplane service thrived on Catalina for years, and the sound of aircraft engines roaring across the bay became a distinct memory for many residents, in addition to crossing the channel and landing in the water.

The Airport-in-the-Sky opened in 1946, with United Airlines operating a passenger service utilizing DC-3s, followed by other airlines. In fact, as Catalina was making its mark in aviation history, it was truly in a unique class. Other members of this elite group of aviation pioneers include the U.S. Navy, which celebrated its 100th year of aviation in 2011, and the U.S. Marine Corps which celebrates its aircraft centennial along with Catalina Island this year.