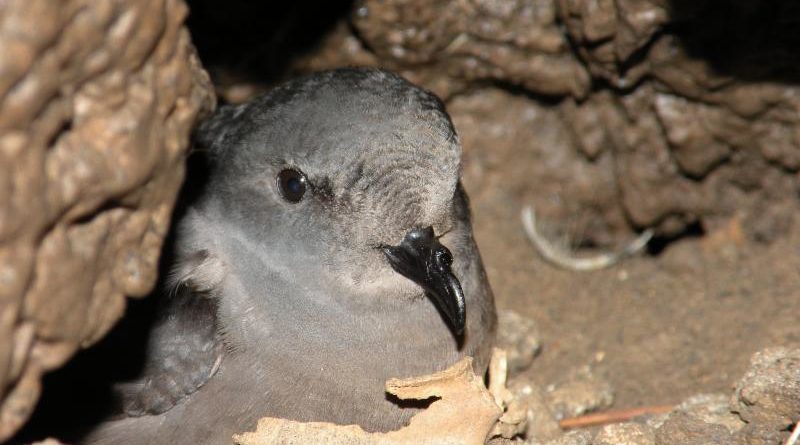 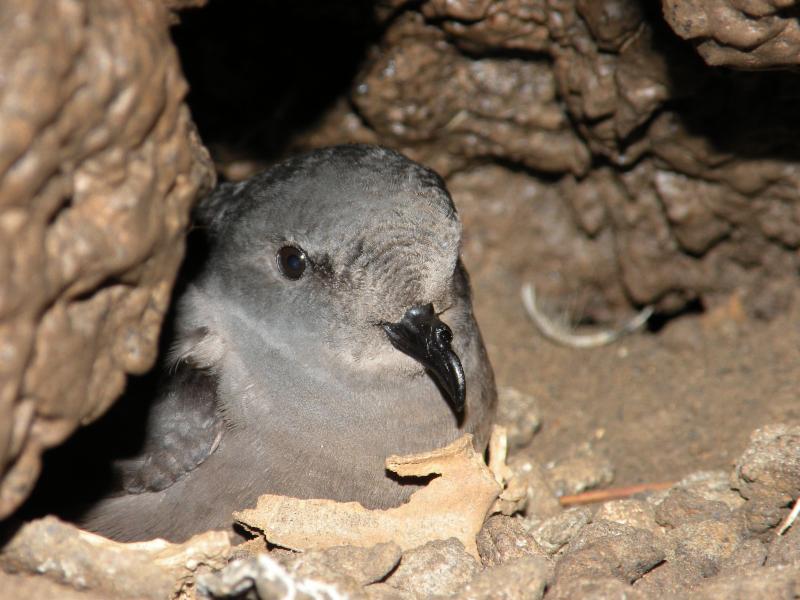 The Ashy Storm-Petrel, has been listed by the California Department of Fish and Wildlife as a “California Bird Species of Special Concern,” or at risk of becoming threatened or endangered since 1978.

“This is a rare seabird, with roughly about 10,000 estimated worldwide, that is mostly found in southern and central California,” said Harry Carter, the team leader with CIES. “A small population of less than 50 nests likely occurs at Catalina. Now that breeding is known, efforts can be taken to provide protection.”

There were some early, unconfirmed reports of naturalists finding the small seabird’s eggs at Catalina in 1903 and 1937.

Carter explained that the Ashy Storm-Petrel also breeds just south of the U.S.-Mexico border, but its population has been greatly impacted by human-caused changes in breeding habitats, as well as by predators, and it has lower reproductive success because of the pesticide, DDT, in the marine food web.

The clues led to a special survey to finally document breeding. In July 2014, CIES and the Conservancy teamed up to re-examine Ship Rock at the time of year when most adult Ashy Storm-Petrels should be incubating eggs.

Adult storm-petrels visit their nests only at night when the birds are difficult to detect, Dvorak said.

Carter piloted an inflatable boat and dropped off Whitworth and Dvorak at Ship Rock, which is privately owned and managed by the Conservancy. As one of the largest rocks found along the Catalina Island coast, it provides many potential rock crevices for breeding by Ashy Storm-Petrels.

Whitworth and Dvorak climbed the rock and found six nests near the top of the rock. In four of the nests, they could see an adult with an egg or a chick in each crevice. Only an adult could be seen in the other two crevices. At this time of year, Carter said eggs or chicks likely were present because an adult was present.