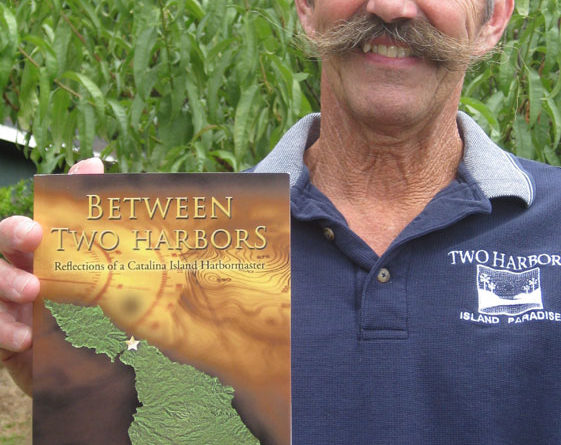 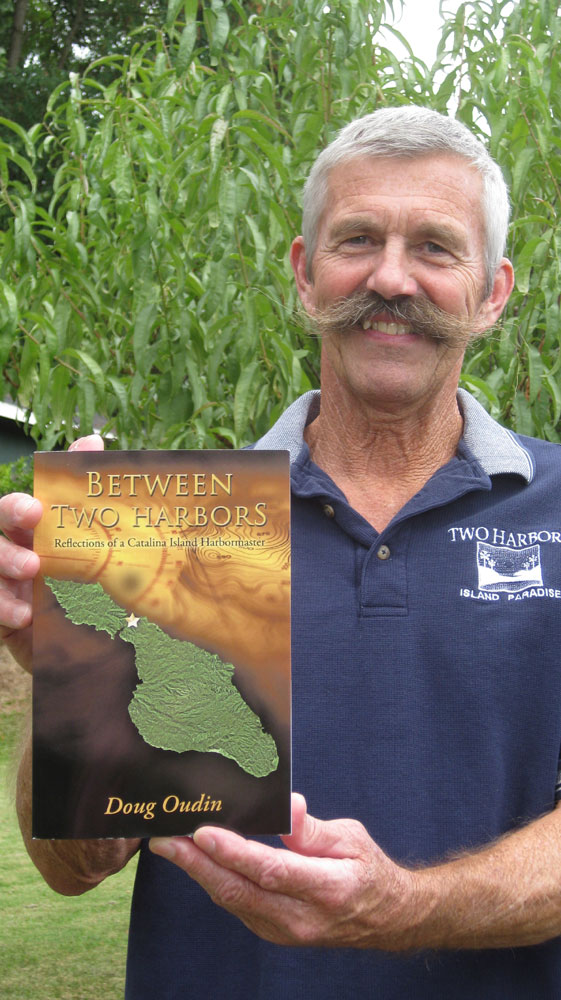 TWO HARBORS – On Saturday, Aug. 9, former Two Harbors Harbormaster Doug Oudin greeted General Store patrons who approached him with questions about the island’s history and asked him for his autograph.

Entitled “Between Two Harbors,” the book focuses on Oudin’s reflections on his life, job and how it was raising a family on the island. Many of the stories were initially featured in a column he wrote for the island’s news publication for 21 years.

“The book goes into the history of the Bombard family, the politics involved with harbor operations on the water such as working with the Coast Guard and the various agencies you interact with,” he said.

There are also reflections on the death of Natalie Wood, preparation for winter storms on the island and his experiences fishing and boating around the island. One reflection is of the time Oudin swam with an oar fish in a local cove.

His stories are of interest to readers and make for lively conversation, which was the case at the recent book signing. The casual setting at Two Harbors General Store allowed Oudin to chat with guests about the book and the island itself.

“It [the book signing] went very well,” said Oudin, who was with the Harbor Department for 31 years. “I think there was just over 30 books sold and I signed at least 28 of them. A couple of people found me later on and asked me to sign their copies.”

Oudin began penning the book after he retired as harbormaster in 2010. He spent one year working on it from a desk in his house in Grants Pass, Oregon, before putting it away for about one year to tend to other things. He eventually returned to writing the book and sent it to print in September 2013.

Since it has been published, Oudin has held book signings in Grants Pass, Oregon and two on the island. The book is also sold on Amazon.com.

The boatman and writer is currently at work on a book of fiction tentatively titled “Five Weeks to Jamaica.” The novel will be Oudin’s first stab at fiction writing and will focus on an ocean adventure.