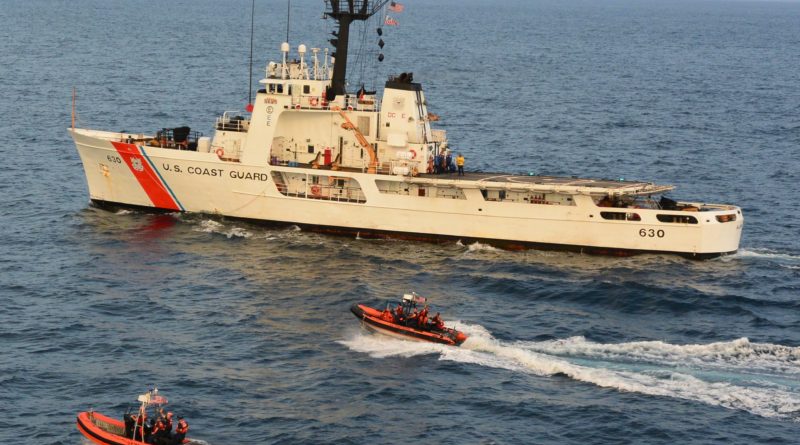 SAN DIEGO—Following the Prowler–Attessa IV collision in October 2018, there was much speculation – and confusion – about the U.S. Coast Guard investigation into the incident (technically a “marine casualty”) that it seemed timely to find out what triggers an investigation, who conducts them, what they entail and how outcomes are determined.

It’s a small unit, only three persons, with wide responsibilities and a vast geographic range. All of SoCal south of San Onofre plus the entire state of Arizona, including Lake Mead, Lake Powell and much of the Colorado River, as well as marine casualties involving U.S. citizens or vessels on waterways south to Puerto Vallarta, Mexico. Los Angeles/Long Beach Sector serves a similarly expansive area. All such work focuses primarily on commercial vessels.

Their investigations include vessel/bridge collisions, groundings and damaged or disabled vessels plus U.S. citizen fatalities – e.g., natural causes, suicides and murders – and injuries requiring more than first aid aboard commercial or cruise ships, even outside U.S. waters. They also oversee potential disciplinary action against licensed mariners charged with crimes including alcohol and drug violations and assault and battery.

All three are well qualified for their roles. Both Hodgdon and Maldonado are graduates of U.S. maritime academies, serving on deep draft commercial ships before becoming USCG commissioned officers, while Cable has 29 years’ service and deep experience in both vessel inspections and investigations.

Hodgdon explained that conducting investigations is a career path within the Coast Guard, now part of the Department of Homeland Security.  Potential investigators’ first assignments involve inspecting commercial vessels of all varieties, “so you have knowledge of how boats work,” said Cable, who spent his first 10 years inspecting vessels. Investigators also attend specialized training courses to deepen their knowledge, Maldonado added.

The investigations job requires a special mentality, curiosity, aptitude and skills, Hodgdon said, and doesn’t appeal to most people, since they’re often dealing with “bad things.”

“Accidents usually aren’t about one thing. Usually there are multiple causes, a series of problems. We’re always doing causal analysis,” she explained.

Their primary goal, she stressed, is prevention rather than assigning blame.

“We find out why the casualty happened and how to prevent it happening again,” she said.

What triggers a full-blown investigation?

Following any accident a responsible party – the captain, owner, officer – must call the nearest Coast Guard Command Center via Channel 16 or, in San Diego, 619-278-7033 and in Los Angeles/Long Beach, 310-521-3800. The Coast Guard, working with local authorities, can provide help or assist with search and rescue.

After everyone is safe or accounted for the Officer-in-Charge of Marine Inspection/Captain of the Port will determine whether the Coast Guard or a state agency has primary responsibility to investigate any incident occurring in U.S navigable waters.

For commercial vessels, the Coast Guard conducts the investigation, often working with the National Transportation Safety Board.  For recreational vessels the state — California has accident reporting requirements – is usually the lead investigative agency, but in some cases the Coast Guard may take over.

Notify the Coast Guard if you’re in a boating accident and don’t know whether you need to report it.

“Don’t be afraid to report. The joint harbor operations center is open 24/7 and is ready to assist,” Hodgdon advised.

Next issue: conducting investigations, recommendations and the hearing process.