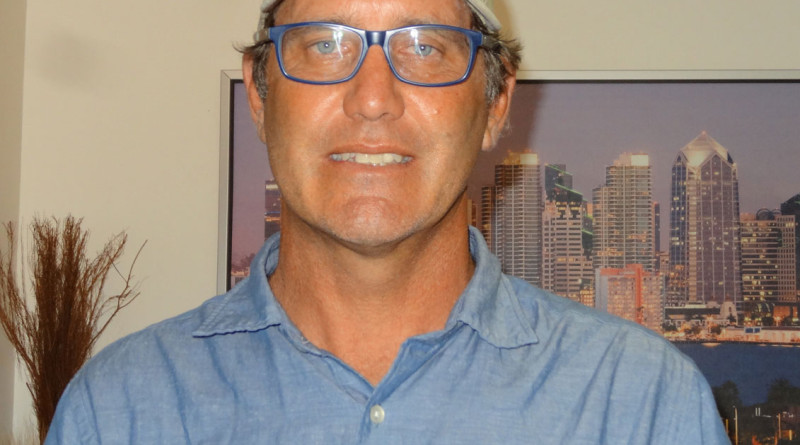 When Hurricane Odile smashed into southern Baja last September, Capt. Mark Drewelow, YachtAid Global (YAG) founder, already had plans in place. Having tracked the storm as it barreled towards Baja he alerted his network of nearby superyacht captains asking for help delivering emergency supplies to the devastated region.

“We’d been talking to the skipper for about a year about helping YAG. It was a delicate situation. We’d had contact on the ground in Cabo but then lost all communications. The plan was to go there within 36 hours (post-hurricane) but Cabo security had broken down. Instead we diverted to La Paz. Through our contacts ashore we arranged for tanker trucks to pick up the water and take it to hospitals throughout the region which were running out of water,” Drewelow explained.

I first heard about M5’s prompt arrival with thousands of gallons of water, food and building repair materials from Gabriel Ley, dockmaster of La Paz’s Marina Costa Baja. Four months after the hurricane, his face still radiated appreciation for M5’s recovery contributions and her crew’s generosity.

YAG is the charitable arm of Drewelow’s yacht support agency C2C which provides logistical support to superyachts operating in the Pacific. Drewelow developed the idea for Encinitas-based YAG while traveling to remote parts of the world during his 10 years as captain of the superyacht Dorothea.

“We were always conscious about giving back to the people through the maritime industry,” he said.

After moving onshore and starting his business in 2003 he saw the opportunity to connect the desperate need for humanitarian assistance he witnessed with the charitable instincts of many fellow superyacht owners, skippers and crews.

One of the greatest challenges in using superyachts for disaster relief is credibility, he explained. Many, including some local officials in disaster-hit regions, view them as rich men’s toys.

With 10 days’ warning, Drewelow and New Zealand-based colleagues assembled and loaded the 240-foot Dragonfly and 168-foot Umbra with disaster supplies, including roofing materials and water, plus medical and search and rescue teams. The nimble superyachts provided assistance to remote outer islands accessible only by sea.

Dragonfly’s skilled crew provided something else especially significant: they conducted needs assessments while delivering assistance. Such tasks are usually undertaken by non-governmental organizations (NGOs) which determine what help is most needed in affected areas.

“After a disaster, there’s a big gap before NGOs can make a needs assessment. If properly trained the yacht captain and crew can do assessments and short-circuit the process. Big NGOs realize YAG can do this without putting their people on the ground,” expediting delivery of most urgent assistance, he explained.

Drewelow, passionate about his world-wide humanitarian work, is just reaching his stride with YAG. Expect innovative programs taking the organization to higher levels.