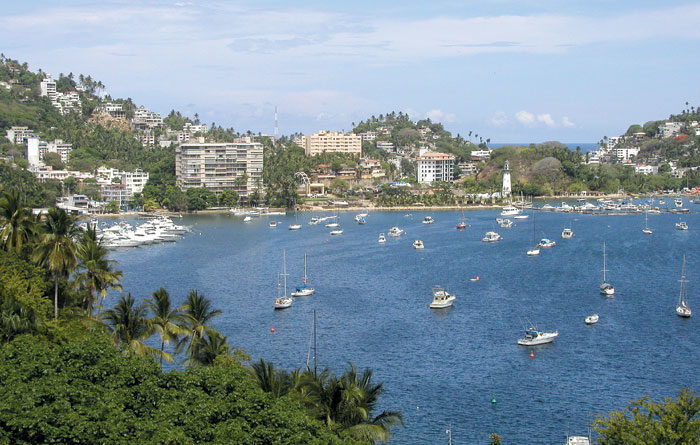 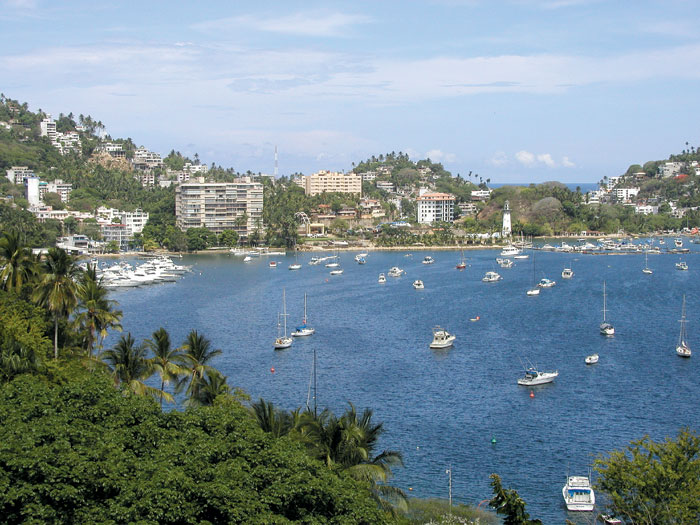 Right now, more than 4,000 West Coast recreational boaters — commonly referred to as “yatistas” — are preparing to head south this fall into Mexican waters. From mega-yachts to cruising sailboats to trailerable fishing boats, these vessels and their owners will be members of the Cruising “Class of 2013.”

Some boaters visit Mexico every winter — especially those aboard sportfishers and larger motoryachts — making the annual circuit between Alaska in summer and Mexico in winter. Some of them plan to spend six to eight months in Mexico and keep going south into Central America, then transit the Panama Canal into the Caribbean.

But for many, this fall marks their first taste of foreign cruising.

Like jumping off a diving board into deep water, these adventurers will depart Southern California and are immediately plunge into an honest-to-goodness foreign country where English is not the primary language.

They may depart the U.S. anytime after late October — and immediately, they’ll begin exploring 3,500 nautical miles of pristine coastlines that range from remote anchorages to luxurious resort ports; and from uninhabited desert islands to vast jungle estuaries.

The Log wishes the entire Class of 2013 a heartfelt Buen Viaje!

Here are a few tips that first-timers may need to know before they depart — and, for old Mexico hands, what’s new down south.

What’s to Know Before You Go?
At a recent boat show, a couple preparing to cruise to Mexico for the first time asked me if they should plan to spend more time on the outside of Baja California or on the inside of Baja.

Baja Outside vs. Inside. The difference is huge. About 80 percent of the “outside” or Pacific Coast of the Baja California peninsula is considered uninhabited.

The fishing along the outside of Baja is spectacularly good — but in the long remote stretches between the populated sanctuaries of Ensenada, Turtle Bay and Cabo San Lucas, boaters encounter no marinas, very few reliable overnight anchorages and only a few emergency services.

Weather along all 720 miles of Baja’s Pacific side can be rough in spurts, because it’s exposed to prevailing northwesterly winds and seas. The term “Baja Bash” refers to how difficult it can be for recreational boats to push northward up the outside of Baja California. Southbound is less difficult, but the tropical paradise we dream of doesn’t begin until we turn the corner at Cabo San Lucas or La Ventana.

By contrast, the “inside” of Baja is primarily the Sea of Cortez — a vast boaters’ paradise containing 24 full-service marinas, 400 islands and at least 1,000 free anchorages. Weather along the Sea of Cortez side of Baja is much more benign, since winds generally blow less than 12 knots, blowing either from the north or south.

Yes, do plan to spend more quality time on the inside of Baja.

Both the Baja Ha Ha and the FUBAR (Fleet Underway to Baja Rally) are designed to escort yachts safely down the outside of Baja, until they can spread out into prime cruising grounds. Due to hurricane season, most veterans plan to spend winter months in the lower end of the Sea of Cortez or cruising the mainland down to Zihuatanejo or Acapulco, and reserve the upper end of the Sea of Cortez for summer.

Cruising Season vs. Hurricane Season. Nov. 1 through June 30 can be considered “cruising season” in Pacific Mexico — and the four summer months (July through October) are referred to as “hurricane season.”

More than a dozen protected areas or so-called “hurricane holes” are available, mostly in the upper Sea of Cortez or higher latitudes of Pacific Baja. A few are located within “hurricane alley,” but provide 360-degree storm shelter.

Cruising season is no problema; just listen out for an occasional screaming blue Norther.

Even during hurricane season, some of the faster-moving, long-legged (large diesel capacity) sportfishers can safely navigate hurricane alley between storms, enjoying the many summer billfish tournaments held deep into the tropics. But slower moving cruising boats should plan their summer itineraries wisely, so they’re not caught in hurricane alley with no place to hide.

Answers I’ve received average about 60 percent at anchor, 40 percent in marinas. Why?

Their answers seem to relate to personal variables (such as their age and the size of their cruising budget) and the boat’s self-sufficiency of water and electrical power.

Younger cruising families, perhaps on a tighter budget, have said they may spend one to two weeks in a marina every two months. This may be just enough time to provision, top off fuel and water tanks, pick up and drop off guests, or complete tasks that require shore power. Enjoying the natural environment and extending their cruising time are often higher priorities for long-term cruisers.

Older cruisers who are retired but with perhaps less agility than financial strength say they may hop from one beautiful marina to the next. They tend to drop the hook for a week or two — but only once every two months. Socialization on the docks and in town is a higher priority.

Commuter cruisers are a mix of both extremes. They say they devote nearly all their limited cruising time to exploring anchorages, then berth the boat safely in a marina before flying back north to resume jobs or family responsibilities. Mexico’s temporary import permit allows visitors to “commuter cruise” more easily.

Marinas are rated a big item in anyone’s cruising budget. Yet, anchoring is not entirely free. It may require better ground tackle, more potable water (a water-maker), greater ability to generate (or do without) amperage (perhaps with the use of solar panels, wind generators or a diesel generator), and a good dinghy for mobility.

Where Does News and Weather Come From? Obtaining the latest and most accurate weather forecasts while onboard in Mexican waters is easier now that HF email is readily available.

Check out this the PassageWeather.com website to get almost real-time wind arrows, sea state and satellite views, and you can further focus on your area of Mexico. For great online communications with fellow yatistas without single-sideband (SSB) radio, go to yahoo.com and sign up for the free “Southbound Group.” Its moderated chats rival the radio nets, and its cached files are a valuable information source. What’s New for Mexico Cruisers?

Port clearance: New port clearance rules say recreational boats from the U.S. must stop and clear into Mexico at the first port of entry. That usually means Ensenada, where the CIS office a block north of the harbor provides all required officials for international and domestic port clearance. It is open seven days a week during regular business hours.

Exceptions to the Ensenada arrival are made for registered participants of specific regattas, such as the Baja Ha Ha or international yacht club races, which have agents handling the group port clearance before departure from the U.S.

Also, if you’re arriving in Mexico from Hawaii, for example, you could clear in at Cabo San Lucas. But Turtle Bay is not a port of entry.

The simplest option for U.S. or Canadian citizens is to apply for the 180-day single-entry visas designed for tourists. The application and instructions are available online at consulmex.sre.gob.mx/sandiego/index.php/requirements-to-visit-mexico — or apply in your first port of entry. The other visa options are designed for conducting business, residing and paying taxes in Mexico.

Marinas and fuel docks: The closest marina to the U.S. border, Puerto La Salina, has experienced some depth and breaker problems in its entrance channel, so call ahead before attempting to enter.

Marina Cabo Riviera on East Cape has some slips open for business, while others are in construction.

Marina CostaBaja in La Paz has a new hotel on the island between the outer and inner basins.

Marina Nuevo Vallarta has completed the renovation of its docks and slips.

Marina Ixtapa has completed expansion of its fuel dock and boat yard.

Marina Puerto Chiapas has all slips open for business and has installed a new 65-ton sling lift for dry storage.

Capt. Pat Rains is a veteran Mexico cruiser and author of the nautical guidebook “Mexico Boating Guide.” Capt. Rains travels this coastline regularly in various yachts while writing for The Log Newspaper, writing the Mexico Report column in Sea Magazine and updating her blog at mexicoboating.com and her other books for boaters –“Cruising Ports: the Central American Route” and “MexWX: Mexico Weather for Boaters.”

One thought on “Mexico Cruising 101: What to Know Before You Go”