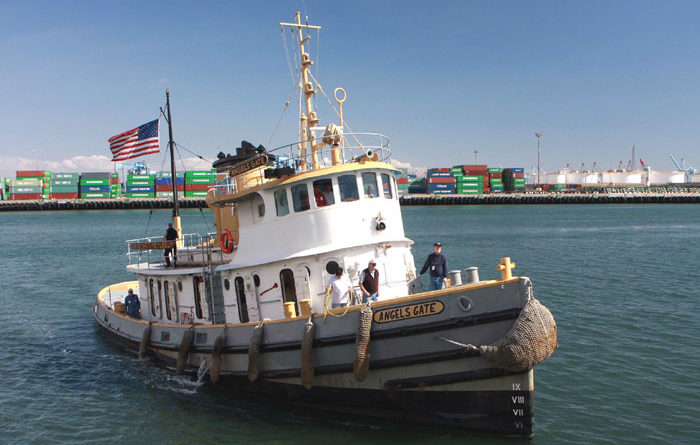 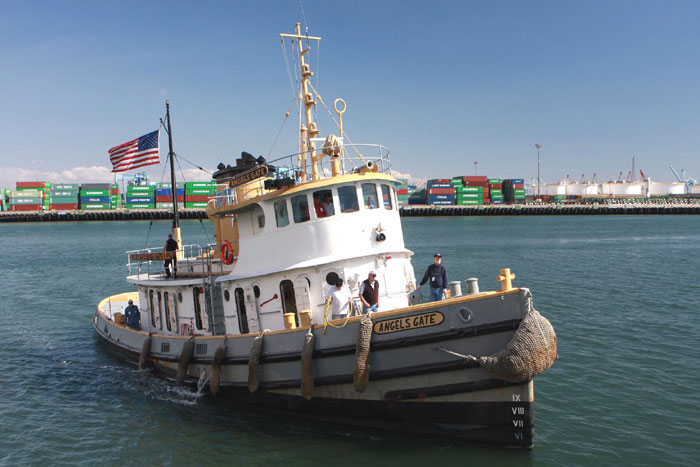 SAN PEDRO — Angels Gate, a tug that serves as the Los Angeles Maritime Museum’s classroom at sea for local schoolchildren, has been named the 2013 Tugboat of the Year by the Steamship Historical Society, museum officials announced.

The award was presented to museum officials during the Steamship Historical Society’s annual conference May 4 in Long Beach. Each year, the society — an organization dedicated to recording, preserving and disseminating the history of engine-powered vessels — recognizes a vessel that “inspires and represents the very best the maritime world has to offer,” according to the society.

“Angels Gate was selected in recognition of her approaching 70th anniversary, and the Los Angeles Maritime Museum’s devoted efforts to preserve her and make her available for educational and enjoyment purposes,” he added.

Built in 1944, Angels Gate was used by the Army Transportation Corps, serving at the Army Port of Embarkation in Wilmington. Originally named ST-695, the tug was sold to the Port of Los Angeles after World War II and used for towing and public relations tours.

Angels Gate officially retired from service in 1992 and was acquired by the Los Angeles Maritime Museum. The 85.9-foot tug is operated by volunteer crew and Coast Guard-licensed captains, bringing students and museum members aboard the “classroom at sea.”

“We are honored to receive this award, and are especially grateful to our tugboat crew and captains for all of their hard work and dedication to our educational programs,” said Marifrances Trivelli, director of the Los Angeles Maritime Museum.