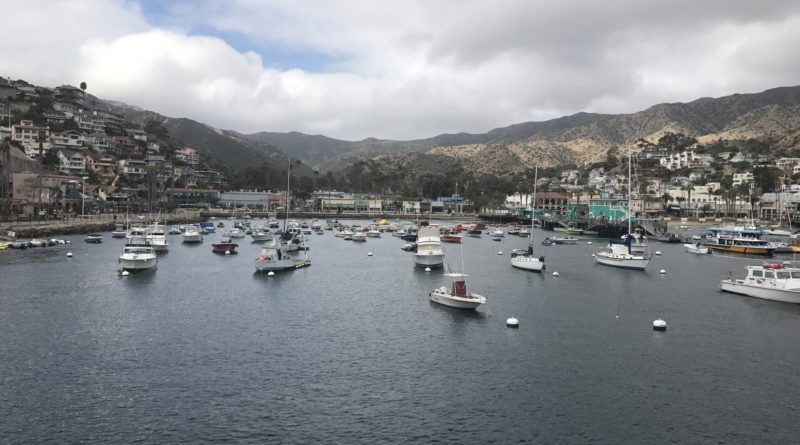 City’s South Beach, which was hit by winter storms, is in need of sand replenishment.

AVALON — The Avalon waterfront was handed a bad batch of lemons when last winter’s storms caused a local beach to suffer from sand erosion. City officials, however, won’t allow the lemons to be made into lemonade.

A proposal to install a lemonade stand at the base of the Green Pleasure Pier was rejected by the Avalon City Council on June 5. Avalon city staff and council members stated the proposed lemonade stand was not an allowable type of commercial establishment allowed under the city’s Municipal Code.

Council members – in a separate action two weeks earlier – directed city staff to work on a Request for Proposals (RFP) to a planned dredging and beach sand replenishment.

The applicant – Jerry Dunn – filed for a permit to sell Scoop’s Frozen Lemonade from a mobile cart on the Avalon Waterfront, at an area near where boaters, locals and tourists regularly frequent. Scoop’s is an ice cream shop, coincidentally located on Crescent Avenue near the pier.

“[Avalon] is sensitive to the fact that the many vendors that sell beverages and ice cream along Crescent Avenue pay premium monthly rents. [City] staff is also sympathetic to the many businesses that would like to have an opportunity to have a business along Crescent Avenue or somewhere in the downtown area but cannot because of the limited or unavailable commercial space,” city staff stated in a report to council members.

“The city has rejected similar proposals due in part to the community outcry and the request not meeting in the minimum standards set forth in the [Avalon Municipal Code],” city staff continued.

Allowing the establishment of a lemonade stand could set a bad precedent, City staff added.

“A new precedent will be set and the city will continue to receive requests for kiosks, tents, performers and others interested in utilizing the public right of way for commercial purposes,” city staff stated in its report to council members.

Dunn said all he was seeking was a test run to see what works best for the business and city.

“I think having some newness in town is … good,” Dunn told council members, who later added he was open to operating the lemonade stand at other locations. “I’m trying to create a positive. If it turns into a negative … then you just tell me to move or go and I’m gone.”

Avalon, in hopes of stabilizing sand erosion at the city’s South Beach, will begin the process of finding a vendor to complete a dredging and sand replenishment project. The city anticipates conducting such a project during the current 2018-19 fiscal year.

Sand erosion at Avalon’s South Beach was recently “exacerbated by this winter’s storms,” according to city staff.

“The sand source for the replenishment would be generated through dredging the sand from the harbor, which has been deposited in the harbor through the combination of harbor currents and forces,” city staff stated in a report to council members. “This will provide safety and security of the sea wall and steps infrastructure as well as providing a safer and more usable beach.”

City officials have been looking into solving the harbor’s sediment issue since last year. A sediment study was approved by the City Council in October 2017, with the hope of developing solutions for sand erosion.

The planned RFP will seek a vendor who could perform engineering, environmental and permitting tasks ahead of the dredging and sand replenishment project.

Council members authorized the RFP at its May 15 meeting.