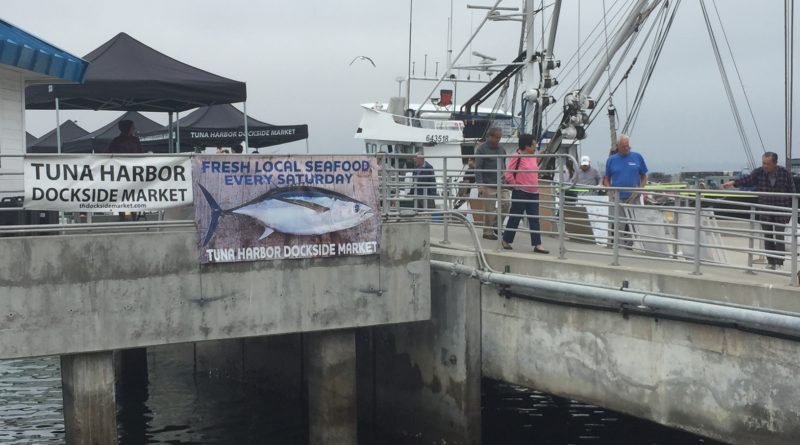 One floating dock will be repaired and a second replaced for $1.88 million.

One floating dock is severely damaged while a second one just needs to be repaired, according to port district staff.

“The plans and specifications defining the contract work includes replacement of the existing severely damaged floating Dock 2 and repair of existing deteriorated or damaged floating dock elements of Dock 3,” port district staff stated in a report to commissioners. “After work completion, Dock 2 will be a new dock with improved materials and utilities and Dock 3 will be restored and maintained to its original condition. Both docks will provide sound and functional berths for commercial fishing vessels.”

Tuna Harbor’s Dock 2 was built in 1983; Dock 3 was built in 1978. Both docks provide berthing for commercial fishing vessels near G Street Mole. Both docks were repaired in 2014, but a structural inspect in June 2018 showed Dock 2 was suffering from severe deterioration. Six finger docks were condemned as a result of the deteriorating condition, according to port district staff.

“[Dock 2] requires complete replacement to restore it back into service,” port district staff stated in its report to commissioners. “Dock 3 has loose connections at the junctions of the finger docks and main walkway which require replacement to prevent future failure of the finger docks. It also has damaged guide pile brackets and edge fendering, loose deck planks, and requires repairs to keep the dock in service.

Port district staff said construction would start in December and continue through June 2020.