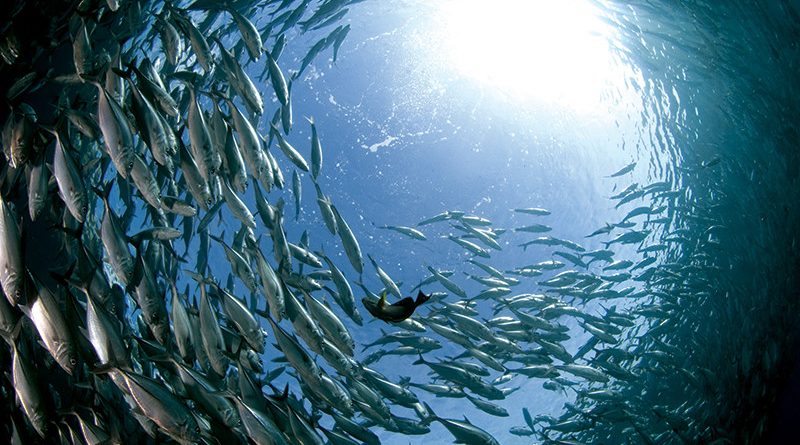 The recent offshore fishing has provided lots of action for a mix of bluefin tuna, yellowfin tuna, dorado, and yellowtail. The immediate story of the past two days is that the bluefin and yellowfin bites have taken a dip. Even during the current dip in the hot fishing there are still bluefin and yellowfin around and biting. In all likelihood, it is only just a matter of time before they pop up in big numbers and start biting in force.

Before the recent two-day downturn in the bluefin and yellowfin bites, the hotspot tuna area was around the eastern part of Catalina Island with good tuna fishing being found in the region of the Avalon Bank, the Slide, the lower end of the Steamer Lanes, the 125 Spot, the 152 Spot and in the area 4 to 8 miles southwesterly from Church Rock. Other areas that have also been producing bluefin and yellowfin in recent days have been in the region of the 499 Spot, the 289 Spot, the 14 Mile Bank, the 277 Spot, the 209 Spot, the 181 Spot, the 312 Spot, and the 178 Spot.

A lot of the bluefin hookups have come from stopping alongside spots of breaking fish, foaming fish, or breezing fish and casting poppers, Colt Snipers, stick baits, or surface iron to the bluefin before they sound. There have also been bluefin biting from stopping and drifting on sonar marks, meter marks, and spots of breezing, breaking, or foaming fish. When boats are drifting, bluefin have been biting on flylined live sardines and live mackerel and on rubber band, torpedo sinker rigged live sardines and live mackerel. Yellowfin tuna and dorado have been biting incidental to the bluefin fishing and kelp paddies that are fished with live sardines have been producing yellowtail and most of the dorado.

Bluefin have been biting both day and night and when fishing sonar marks or meter marks found in the dark, Flat Fall jigs, knife jigs and sinker rigged live baits have been most effective. Trolling with spreader bar rigs and with cedar plugs has been producing an occasional bluefin or yellowfin. Slow trolling with sardines and mackerel has also been effective for bluefin, yellowfin, dorado, and yellowtail.

Boats fishing offshore banks below and outside of Los Coronado Islands have been catching yellowtail and dorado around kelp paddies. Productive areas have been the 182 Spot, the lower end of the 9 Mile Bank, the 224 Spot, the Corner, the 302 Spot, the 230 Spot, the 371 Bank, the 101 Spot, the 425 Bank, and the Upper Hidden Bank.

Until a new tuna hot spot zone pops up, some of the boats that would otherwise be tuna fishing offshore are fishing kelp and hard bottom areas around San Clemente Island where there has been good yellowtail fishing and a chance at catching fair numbers of 12 to 25-pound bluefin tuna. The White Rock region has been productive along with Pyramid Head, Purse Seine Rock, and the 9 Fathom Spot that is located at the West End of the Island. Most of the yellowtail have been in the 12 to 25-pound class.

The yellowtail fishing at Los Coronado Islands has improved and the Rockpile is the current yellowtail hotspot. In addition to yellowtail, the Rockpile has also been productive for bonito and rockfish. There are additional productive areas around Los Coronado Islands that have been providing good mixed bag fishing for calico bass, barracuda, yellowtail, reds, and rockfish. Good spots have been the weather side of North Island, the Middle Grounds, the north end of South Island, the Ribbon Kelp, the lighthouse at the south tip of South Island, and the South Kelp.

Yellowtail at Los Coronado Islands has been located by finding sonar marks, meter marks, spots of fish up on the surface, trolling strikes on deep diving Rapalas, and trolling strikes on slow trolled sardines. Good choices for surface iron that work well for yellowtail and barracuda include Salas 7X lights and Tady 45’s in blue and white, mint and sardine colors. Slow trolled sardines have been one of the best ways for private boaters to try and locate biting yellowtail, bonito, barracuda, and calico bass. The slow trolled sardines also work well for fishing the area of biting fish once they are located.

The San Diego County coast is producing good fishing for a mix of calico bass, sand bass, rockfish, reds, whitefish, sheepshead, and sculpin. There has also been a chance at scratching out a yellowtail at La Jolla and a white seabass off Mission Beach.

Captain Joe Cacciola of Sea Star with Sea Star Sportfishing and the Oceanside Sea Center reports fishing kelp bed areas between Solana Beach and Del Mar and finding good fishing for calico bass, short sized barracuda, whitefish, reds, and rockfish. Cacciola adds that they occasionally see a good-sized yellowtail swimming around the boat while they are fishing for calico bass.

Cacciola says they have had 4 to 5.5-inch sardines in their bait supply lately and that these baits have been working well for the kelp bed fishing. Cacciola also reports that some of the Oceanside Sea Center Boats have been fishing deep water for rockfish and that they have been doing well on reds and an assortment of rockfish at hard bottom areas off Leucadia, Solana Beach, and Del Mar. His report on the water temperature along the coast is that it has been running between 70 and 74.5 degrees.

The summer fishing season marches on with lots of good choices to select from in planning a day of fishing. I hope you can make a point of getting out on the water as much as you can to enjoy the summer season while it is here. Keep on fishing and I hope to see you out on the water sometime soon!