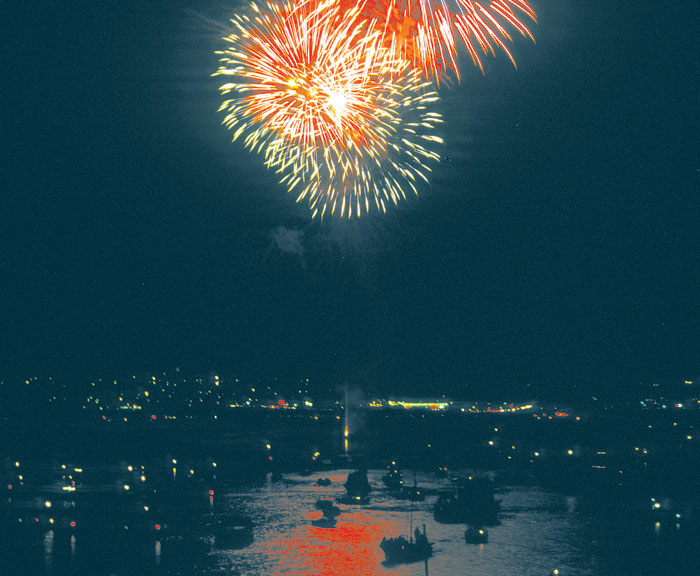 MISSION BAY — Mission Bay Yacht Club’s recent efforts to bring a longtime Fourth of July fireworks show back to Mission Bay were unsuccessful, yacht club members confirmed to The Log. While their campaign was able to raise half the goal of $25,000, the amount was not enough to fund a fireworks show this year.

“We didn’t make our number,” said David Tillson, a Mission Bay YC member. “We got about halfway there, with most of that through pledges made outside the Indiegogo campaign. It’s not going to happen this year.”

Tillson and other members of Mission Bay YC launched a fundraiser earlier this year to help bring back the traditional on-the-water fireworks show that had entertained Mission Bay boaters for nearly 30 years before it was canceled in 2012. The fundraising deadline was May 14.

However, the effort failed to attract corporate sponsorship — which had been the reason for the show being canceled in 2012.

Year after year, the Independence Day fireworks show over Sail Bay had attracted hundreds of Mission Bay residents on beaches and aboard boats. However, without a corporate sponsor, the event came to an end.

Tillson said he intends to relaunch the campaign in September, to try and raise money for a July 2014 fireworks show. “I’m going to do it again next year and see if we can make it happen,” Tillson said.

The show’s history dates back to 1983, when the city’s Park and Recreation Department contacted then-Mission Bay YC member John Leppert to help run the event. The city provided $2,500 for the show at that time, with the club raising additional funds.             In 1987, the club relocated the show from the corner of its property to the bay, which brought on an additional cost of paying for the barge needed for fireworks launches. Leppert died in 2001, but the club continued the event.

The $25,000 event price tag includes paying for renting a barge for the fireworks launch, purchasing fireworks and securing all the necessary permits. Club members would coordinate the logistics of the show, including coordination leading up to the event and managing the on-the-water safety perimeter during the show. Mission Bay YC would also coordinate with law enforcement agencies to ensure the safety of spectators, both on the water and on shore.

For more information or to sign up for an email alert, visit missionbayfireworks.org.