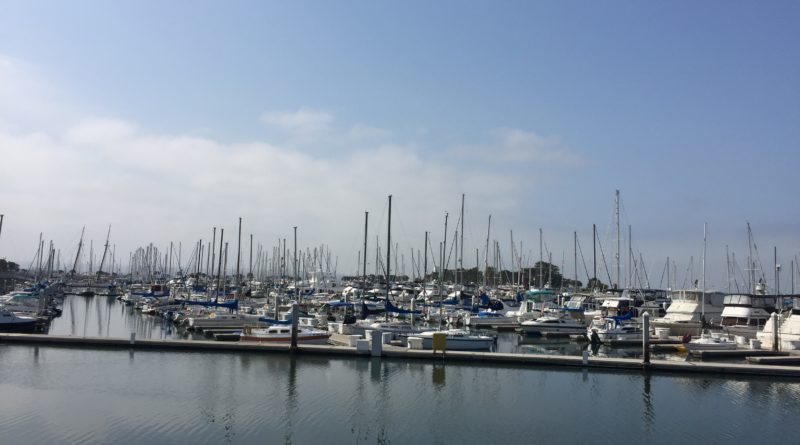 Port of San Diego begins process of importing soil to waterfront area ahead of construction work.

CHULA VISTA — Dana Point Harbor does not have a monopoly on long-anticipated development projects. Plans to upgrade the area surrounding Chula Vista Harbor have been in the works since 2002, and only now are such plans starting to become evident.

It would appear as if the first major domino of the construction process has already fallen, what with the Port of San Diego recently announcing soil was being imported to the Chula Vista Bayfront area. Work on the imported soil began on July 16, according to port district staff.

Importation of the soil throughout the back half of summer is expected to cause traffic delays near Chula Vista Harbor, port district staff stated in a released statement.

“The soil is needed to increase elevation to accommodate future potential sea level rise and to improve drainage,” port district staff stated. “The port requests and appreciates patience from the public and businesses in the area as truck traffic ramps up during this important project.”

The first phase of transporting soil to the Chula Vista Bayfront site should be finalized by Aug. 11; another phase will begin Aug. 20, with trucks entering the area from Interstate 5 via H Street.

Port district staff anticipates trucks will finish bringing in new soil at some point in October. The transport of soil to the construction site will take place between 7 a.m. and 4:30 p.m., Monday through Saturday, during both phases.

Demolition work was also performed near Chula Vista Harbor, as crews are removing concrete foundation slabs and asphalt concrete pavement areas near H Street and Marina Parkway. The site was once home to Rohr Industries. The demolition work began June 4.

Grading on the Chula Vista Bayfront site is scheduled to begin in October, once the soil importation and demolition work is completed. Construction could begin as early as 2019.

Chula Vista Bayfront is more than 500 acres in size. There are currently 552 slips in the Chula Vista harbor area. San Diego’s port district owns most of the property at Chula Vista Marina. Adjacent to the harbor area would be a resort hotel and convention center developed by RIDA Chula Vista LLC. Gaylord Hotels would operate the hotel, which would be a Marriott property and house about 1,600 rooms. The hotel would also include 275,000 square feet of useable convention and meeting space, plus retail shops, recreational facilities, pool, lazy river and restaurant/bar/lounge combination.

Plans to upgrade the Chula Vista Harbor area has been in the works for 16 years now, though the project timeline has not been quite as long as the proposed redevelopment of Dana Point Harbor in South Orange County. Officials have been working on updating the Dana Point waterfront since 1997. Construction has not yet begun at either location.

The San Diego County Regional Airport Authority, in a separate matter, decided on July 24 to join a lawsuit filed by Enterprise Rent-A-Car and Hertz Corp. against the Port of San Diego. The lawsuit specifically challenges the port district’s potential funding plans for the Chula Vista Bayfront project.

“The Port of San Diego is disappointed to learn that the airport has unexpectedly joined a lawsuit threatening a key element of overall funding for the port and city of Chula Vista’s resort and convention center development,” Rafael Castellanos, chair of the port district’s board, said in a released statement. “If the airport lawsuit succeeds, it would result in uncertainty and could delay plans for a 1,600-space parking garage, integral to success of the new convention center and related 1,600 hotel rooms.”

Enterprise and Hertz reportedly initiated the lawsuit to challenge a fee the port district collected on any car rented on the port’s tidelands property. The port district intends to used funds raised from the fee collection to pay for a new parking garage within the Chula Vista Bayfront project.