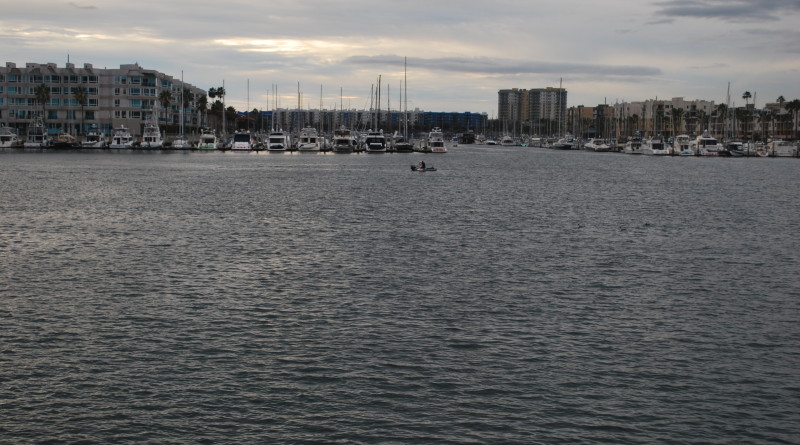 The level of copper in the waterways of Marina del Rey continue to be scrutinized by the Environmental Protection Agency under a new Total Maximum Daily Load mandate.Parimal M. Rohit photo

LOS ANGELES — The copper level in Marina del Rey’s water is about four times higher than what is allowable under a state mandate, according to a Total Maximum Daily Load (TMDL) update provided at a recent Small Craft Harbor Commission meeting on Aug. 10. Meanwhile the Los Angeles County Board of Supervisors approved two lease agreement amendments for Legado and Panay Way marinas on Aug. 9.

Michael Tripp, a planner with Los Angeles County, informed the Small Craft Harbor Commission the Environmental Protection Agency (EPA) officially approved the county’s TMDL plan, which requires either 85 percent of boat owners to fully convert to non-copper paint use or have all boaters use reduced copper paint by 2024.

A mandate to reduce copper levels in Marina del Rey’s waters was initially established in 2014.

The Los Angeles Regional Water Quality Control Board (RWQCB) determined, according to Tripp, a maximum of 3.1 micrograms per liter of copper “could safely be in our harbor.”

Three entities – the city and county of Los Angeles, as well as Culver City – are responsible for addressing and monitoring TMDL at Marina del Rey.

“What’s unique in Marina del Rey’s TMDL is anchorages and boat owners are now called out as permitees and that’s because of the copper that leaches into the water,” Tripp told commissioners.

Tripp added up to four times the allowable copper levels were found in Marina del Rey’s waters during recent testing.

“The regional board determined a majority of that copper is coming from boats,” said Tripp.

The county, according to Tripp, is currently working on a boatlift program and hull cleaning ordinance. Tripp told commissioners the county is continuing to perform sediment tests to study copper levels in harbor waters.

A hull cleaning ordinance could be ready for review or approval by early 2017.

Boaters have been slow to support non-copper paints, according to Tripp. However boatyards have found some copper paints with lower leach rates to be somewhat effective, he added.

“We’re hoping by convincing people to try the low copper paint, that could be one of many things we do to try to solve this TMDL issue,” Tripp told commissioners, adding boaters would also buy into the boatlift program and cooperate in other efforts.

While portions of Marina del Rey are being prepped for renovations or upgrades there are two marinas whose lease agreements were amended.

The Los Angeles County Board of Supervisors approved changes to the leases the county has with Panay Way Marina and Legado Marina during its meeting.

Improvements were recently made at Panay Way Marina, such as upgrades to 139 boat slips and a new restroom building. Other improvements included a two-story commercial building (which houses a yacht club) and a 99-unit residential apartment building.

County staff stated Legado Marina is scheduled for a minimum rent adjustment on April 1, 2017. The same formula used for Panay Way Marina (75 percent of total average annual rent received during a three-year period) would be applied to Legado Marina.

Legado Marina, located on Admiralty Way near Palawan Way, is also known as The Waterfront and features a dock along with two restaurants.

In other news, Los Angeles County’s Department of Beach and Harbors Director Gary Jones informed commissioners he did not have any updates on the Fisherman’s Village renovation project, other than he has a planned meeting with the lessee.