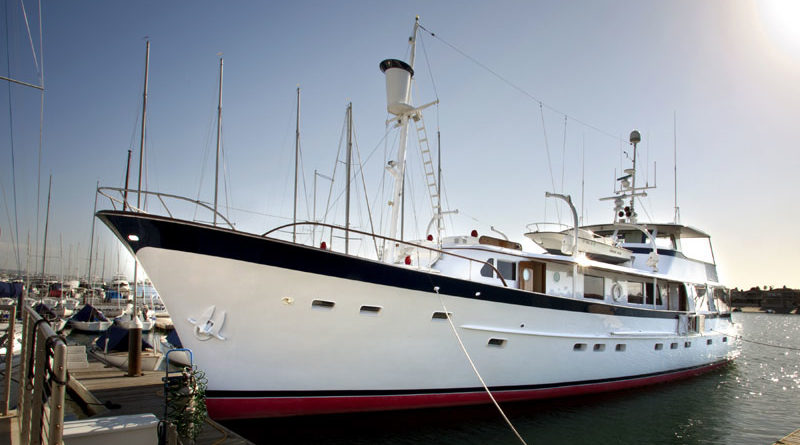 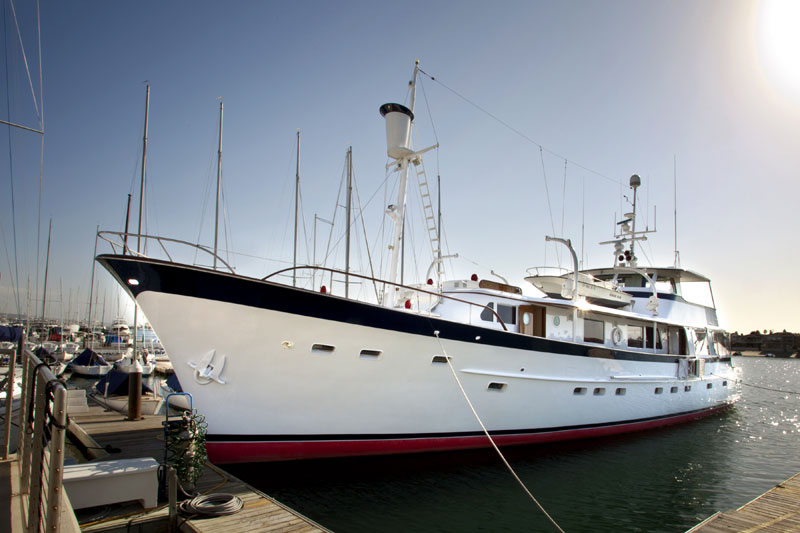 NEWPORT BEACH — For more than 40 years, the 92-foot motoryacht Nordic Star has been cruising the waters of Newport Harbor. And after just being donated to Orange Coast College’s School of Sailing and Seamanship, the large yacht — valued at an estimated $2 million — will be sticking around.

Owners Jerry and Jan Barto, Lido Island residents since 1967, decided to donate the boat to the school to benefit the marine program their three children were all involved with.

“It seemed like something that would really be worthwhile,” Jerry Barto said. “The boat would stay here in Newport Harbor, where I think she belongs, and I was inspired to make the donation. It was a very simple decision.”

Designed by naval architect Jack Hargrave, the boat was constructed in Florida in 1969, for a Newport Harbor Yacht Club member. Barto bought the boat from Jim Elliott of Ardell Yachts in 2009. He decided to donate the vessel to OCC in November.

“It’s one of those boats in the harbor people recognize,” said Brad Avery, director of the college’s marine programs.

With its large pilothouse, roomy engine room and overall commercial feel, Avery said the yacht will be ideal to operate as a “floating classroom” for the school’s Professional Mariners Program, which trains students for careers in the maritime industry.

“We’ve been pursuing the boat for about 15 years,” Avery said. “What we’re happy about is that the boat is an ideal ‘school ship’ to give our students the under way experiences they need to get jobs in the industry.”

The vessel is now docked among OCC’s fleet of 70 boats in Newport Harbor, and existing classes are being taken aboard Nordic Star dockside — for orientation to the boat and for an overview of the vessel’s systems and electronics. Under way classes will start in Fall 2012.

College president Dennis Harkins added that the larger-scale ship will also allow the school to offer courses in the marine hospitality and restaurant industries.

“We will be able to create a revenue base to help support the boat in the way of charters, including weekends to Catalina, trips to the Pacific Northwest and occasional catering on the weekends and evenings,” Harkens said.

The boat is the largest received by the college to date.  Past boat donations have included vessels from Roy Disney, Dr. Laura Schlessinger and the Steele Foundation.