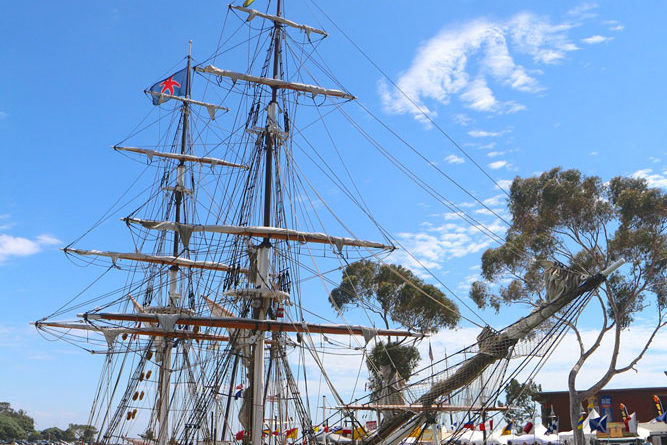 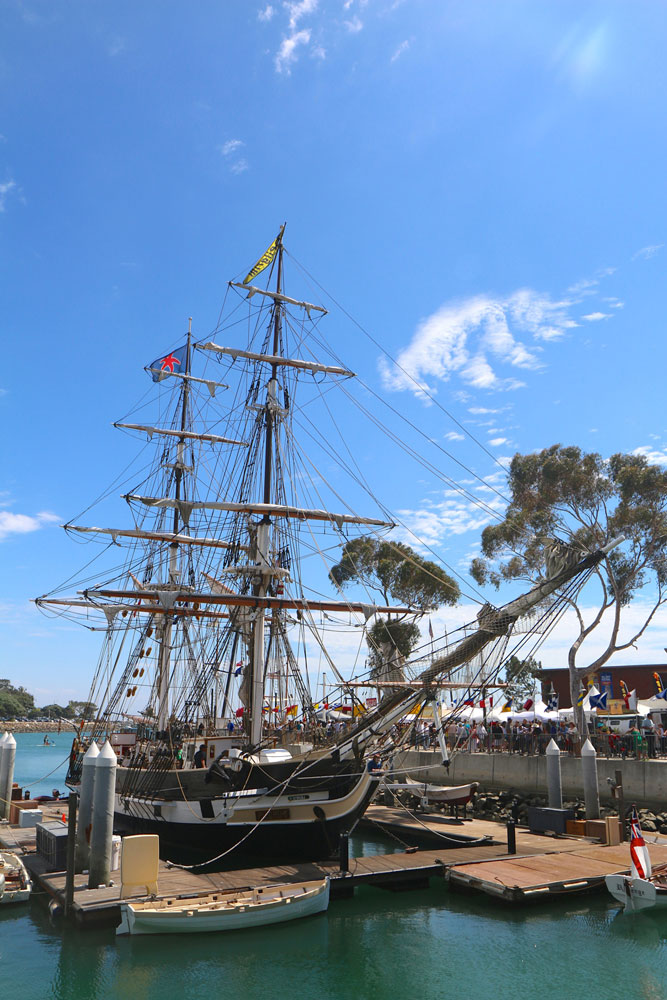 DANA POINT — Causing hundreds of millions of damage in western Mexico and the southwestern United States, including rare September rains and flooding in Arizona, Hurricane Norbert also left its mark along Orange County’s shorelines. For the first time in its history, the Toshiba Tall Ships Festival in Dana Point had to cancel all sails.

Organized by the Ocean Institute, the show went on for the Tall Ships Festival despite not being able to present its namesake feature. Still, the three-day event during the first weekend of September averaged about 5,000 visitors daily, who partook in the festival’s land-based activities such as pirate encampments, living history actors, a look at underwater archaeology, and squid dissection.

Still, the event’s signature element was absent, as adverse sea conditions made it difficult to dock and unsafe for passenger to board the tall ships.

A schedule of demonstrations, educational activities, entertainment and tours were planned to take place aboard the tall ships and adjacent areas.

“We had to cancel all sails (a first) and three of our tall ships had to leave early,” said Tracy Kirby, event director of the Tall Ships Festival. “The surge was so bad some of these large vessels dock lines were breaking in two.”

There were five tall ships that remained at the event throughout the weekend despite Hurricane Norbit, including the Ocean Institute’s Spirit of Dana Point, a replica of a privateer commonly used during the American Revolution in the 1770s; the Los Angeles Maritime Institute’s twin brigantines Exy Johnson and Irving Johnson; Bill of Rights, a 136-foot replica of a 19th century two-mast schooner, and the Ocean Institute’s full-size brigantine replica of the vessel featured in the novel “Two Years Before the Mast,” the Pilgrim.

“Overall, despite the logistical issues presented to us by Hurricane Norbert, the festival (on land) was a great success,” said Kirby, who added that  information about next year’s event, including dates, activities and visiting ships, will become available in early spring 2015.

During the weekend event, visitors were supposed to be treated to a tall ships sunset parade, tours on the individual vessels, cannon battle cruises and performances.

The scaled down version of the event still featured many activities for attendees to enjoy, organizers said.

Launched in 1984, this year’s event celebrated the 30th anniversary of the Tall Ships Festival. Annually held at the Dana Point Harbor, the event ran from Sept. 5 through 7. More information about the event can be found on its website at tallshipsfestival.com.