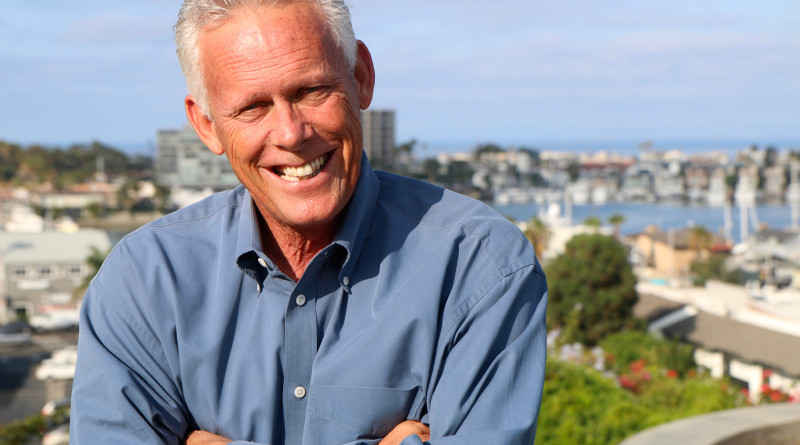 Brad Avery, a current Harbor Commissioner and director of Orange Coast College’s Sailing Center, is running for a seat on the City Council. If elected, the 47-year Newport Beach resident hopes to help to improve the harbor’s water quality and advance capital projects.Residents for Reform courtesy photo

Brad Avery, who served as the Harbor Commission’s chair from 2014-15, announced he is running to fill District 2’s seat on the Newport Beach City Council. Council member Tony Petros currently holds the seat but he will not be seeking reelection later this year.

Avery touted his experience serving on the city’s Harbor Commission and as director of Orange Coast College’s Sailing Center as what makes him qualified to serve as one of Newport Beach’s seven policymakers.

“I’m very familiar with job creation out of a public institution,” Avery said, referring to his work at Orange Coast College, a public school.

If he is elected in November Avery, who was appointed to the Harbor Commission in 2011 and reappointed in 2015, would be the second person with a boating interest on the dais; Council member Marshall “Duffy” Duffield was elected to the City Council in 2014.

Duffield invented the Duffy electric boat and operates his boating business on the Newport Beach waterfront. Similarly Avery said his lifelong experience with boats and sailing means he would be an active voice for the local boating community if elected.

He hopes to parlay his boating experiences to make Newport Harbor as accessible as possible.

“It is the biggest asset that we have,” Avery said of the bay. “We have to enhance the harbor for all users and create as many avenues as possible to connect people to the harbor.”

Some of the policies Avery would work on if elected include improving the harbor’s water quality, advancing capital projects such as Central Avenue Pier, and preserving vital infrastructure such as the city’s seawalls.

The current redevelopment of Lido Marina Village would also be a great asset to Newport Beach, added Avery. He said the project, once completed, would revitalize the west end of the harbor, especially once it is connected to the temporary anchorage in the Turning Basin.

He also said the city must keep up with the increasing uses of the harbor, adding everyone has an equal right to enjoy the water.

In 1979 Avery graduated from USC with a degree in journalism; he went on to earn a master’s degree in public administration from Cal State Long Beach 11 years later.

Avery is a member of the St. Francis Yacht Club, serves as staff commodore for Newport Harbor Yacht Club and Transpacific Yacht Club, and sits on the respective boards of Bonnell Cove Foundation and Santa Cruz Island Foundation.

Voters are set to elect City Council members on Nov. 8. Three seats (districts 2, 5 and 7) are up for election this year.

The dais will have three new members placed in December as Petros is not seeking reelection and Council members Ed Selich and Keith Curry are termed out. Combined with 2014’s election, when four newcomers were elected to the dais, the Newport Beach City Council will be fully turned-over this year, with all seven members elected to office in 2014 or 2016.