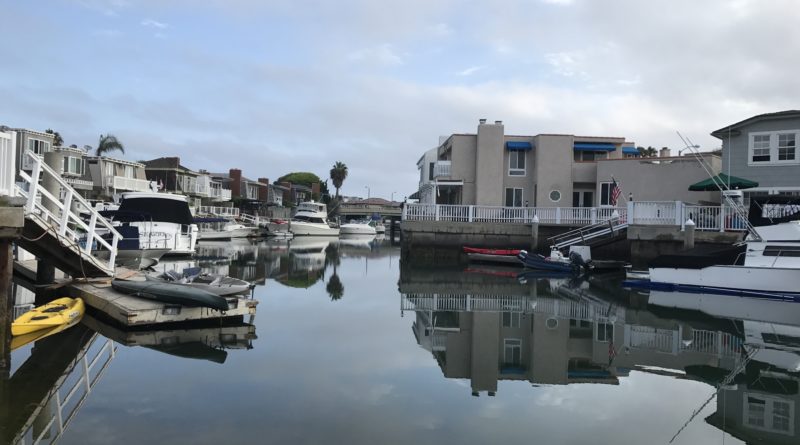 Huntington Harbour became one of the last coastal cities in Southern California to organize a harbor-related agency in March – The Log catches up their goals so far.

HUNTINGTON HARBOUR—In the maritime world, it was a milestone when the city of Huntington Beach organized a harbor commission all their own. Huntington Harbour, which is the home base for boaters in the Huntington Beach area, now has seven volunteer commissioners presiding over issues from dredging to safety on the waterways. However, as a relatively new agency, there is still the matter of prioritizing topics for the commission.

The Log was present at the first meeting, which took place on March 28. At this meeting, there was an overview of The Brown Act, legislation passed by Ralph M. Brown aiming to keep the public involved with the right to attend and participate in meetings, and having the new commissioners sign an oath of office.

Since the first meeting, commissioners have been meeting for regular sessions every fourth Thursday in Room B7 in the Lower Level of 2000 Main Street.

Larkin said, according to the staff report, “It is very confusing on the State vs. County vs. City in the harbor. Docks vs. bulkheads, who has authority?”

Herbel responded that ultimately it was up to the California Coastal Commission. The Log’s Editor Parimal M. Rohit has been exploring a similar topic on the authority of public docks in Newport Beach after Lt. Chris Corn made changes in May. Corn also gave a safety presentation at a Huntington Harbor Commission meeting in May on behalf of the Orange County Sheriff’s Department Harbor Division, which also patrols Huntington Harbour’s waterways in addition to Dana Point and Newport Beach.

So far, commissioners have discussed harbor safety, law enforcement on the waterways, abandoned boats, liveaboards (which are against Huntington Beach City Code), infrastructure maintenance, dredging needs, capital improvement budgets and many other matters on Huntington Beach’s harbor, according to approved minutes.

Chris Slama, Community Services Manager of Programs and Services for the city of Huntington Beach, emailed The Log to explain that commissioners have been working to pin down the main subjects to explore.

He further stated Administrative Assistant Carrie Gonzalez would share draft minutes as soon as they were available to the public. When following up with Gonzalez on July 16, she said “The minutes from the June 27th meeting will not be approved until the boards next meeting of July 25.”

Rohit has written about the transparency of board agencies. While there is no obligation to televise or record harbor commission meetings, many agencies do. For instance, Santa Barbara Harbor Commission, Port of San Diego and Marina del Rey’s Small Craft Harbor Commission provide some kind of recording or video afterwards. Other cities like Redondo Beach, Ventura and Newport Beach do not offer materials other than staff reports with a written explanation of what has took place at the meeting. However, it’s typical for those minutes to be approved within a few days after the meeting. Is it necessarily unusual that minutes for Huntington Harbour Commission would be delayed until a month after the meeting?

All minutes and meeting details can be found online at huntingtonbeach.legistar.com.  Visit bit.ly/2JLor2u to learn more about the duties and responsibilities of the Harbor Commission, meeting dates and more.