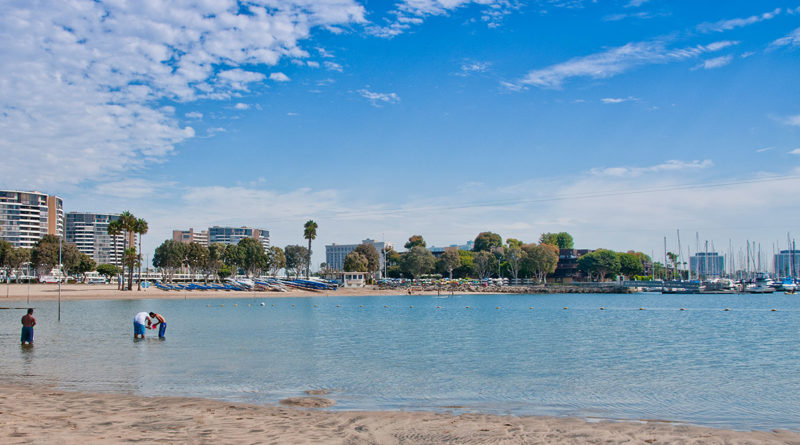 MARINA DEL REY—The budget for a beach redevelopment project within Marina del Rey Harbor has grown ever so slightly – that is, if you consider an additional $200,000 a slight amount. Yet an additional $200,000 is exactly what the Marina Beach improvement project will receive, thanks to a budget amendment approved by the Los Angeles County Board of Supervisors, April 9.

Marina Beach’s improvement project budget has ballooned to $5.78 million, up from $5.58 million. The additional $200,000 will come out of the county’s Services and Supplies Marina Accumulative Capital Outlay Fund.

Supervisors approved the initial $5.58 million budget in August 2015. Construction on the improvement project began in September 2017, with group picnic shelters, parking lot upgrades and a refurbished restroom area all completed by June 2018.

County staff, however, pointed out a few unforeseen blemishes with the improvement project has since come up.

“Following completion of the scope necessary for the summer season, work continued on the adjoining waterfront and promenade improvements. During the refurbishment work, several existing building and site deficiencies were discovered that were unforeseen,” county staff wrote in a report to supervisors. “Voids, cracks, and spalling concrete were uncovered in the restroom building concrete masonry unit walls and concrete foundations, and more extensive repairs, reinforcement, and/or complete replacement of these deteriorated elements were needed to maintain the structural integrity and to extend the service life of the restroom building.

“Also, the existing underground plumbing and sewer lines serving the restroom building were cracked or corroded and had to be replaced,” county staff continued.

The additional $200,000 in funding would cover the new work, according to county staff.

Marina/Mather’s Beach is located at the end of Marina del Rey’s Basin D; the beach occupies one-half mile of the basin and is proximately located close to a few recreational boat marinas.

“Public amenities at the beach facility include an asphalt parking lot area (Lot 10), a restroom building, a picnic pavilion with covered picnic shelters, and an asphalt-paved waterfront promenade,” county staff stated. “The picnic pavilion and restroom were constructed in 1963. These facilities were in poor condition from heavy usage and exposure to the elements over the years and were in need of refurbishment.”