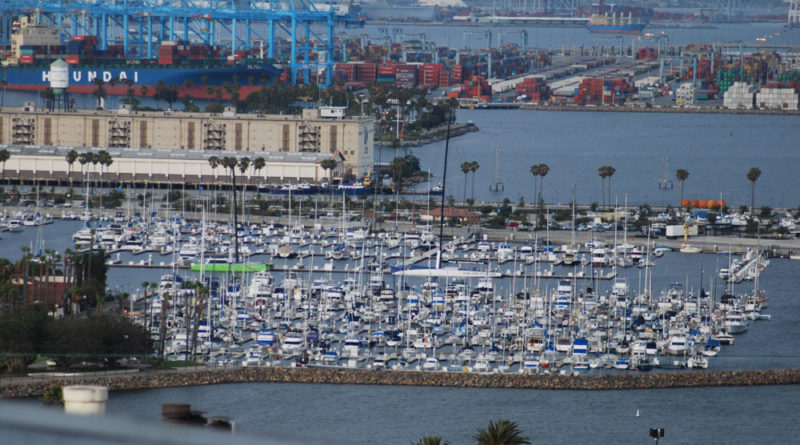 LOS ANGELES — City officials are beginning to allocate taxpayer money to realize a planned waterfront revitalization in San Pedro, where Los Angeles Mayor Eric Garcetti and some of his colleagues hope to establish a visitor-friendly destination amidst recreational boating marinas, commercial ships and a fish market.

The Los Angeles City Council unanimously authorized to City Hall departments to fund a real estate and market feasibility study. Staff members from the Economic and Workforce Development Department (EWDD) and Harbor Department (HD) were directed to equally split the $60,000 bill to fund the study.

Both departments will hire consultants to analyze the market feasibility of publicly-owned sites at the L.A. Waterfront, which the city boasts as a tourist destination home to recreational boating, commercial shipping, a cruise center, museums, restaurants and the USS Iowa. A final report is expected to be complete by Aug. 30.

City Council’s action in June 10 was the most action on proposed plans to redevelop the L.A. Waterfront in about three months.

Garcetti appointed a citywide panel in February to guide the L.A. Waterfront redevelopment strategy. Very little has been made public about the redevelopment since a city council committee discussed broad plans to revitalize San Pedro in March. The news tab on the official L.A. Waterfront website has not been updated since Feb. 17, when the citywide panel was announced.

The panel, made up of representatives from nearly two dozen city bureaus and departments, recently held its inaugural meeting and began reviewing opportunities to revitalize the L.A. Waterfront.

Kelli Bernard, L.A’s deputy mayor of economic development and chair of the citywide panel, said the redevelopment of San Pedro’s waterfront will be a collaborative effort.

“There is a lot of activity at and around the L.A. Waterfront in Wilmington and San Pedro,” Bernard said. “We have been able to identify many opportunities for the city to coordinate efforts in and around the L.A. Waterfront. The mayor’s office intends to continue coordinating with individual departments and with small groups of departments to continue the work of the task force.”

Bernard added the next task force meeting is scheduled for Aug. 27 and will include an organized tour of the waterfront.

In the immediate term, the task force will be soliciting funding to pay for certain elements of the waterfront development, conducting land use studies, working on a recycled water project and collaborating on circulation, mobility and traffic studies.

To date, no information has been released from city officials or developers as to how a revitalized waterfront would directly benefit local boaters and sportfishing fleets.

There are 16 anchorages, landings, marinas or yacht clubs at San Pedro, Terminal Island and Wilmington, including Al Larson’s Marina, Cabrillo Way Marina and Lighthouse Yacht Landing, according to the Port of Los Angeles.

Council member Joe Buscaino, who represents San Pedro at City Hall, was not present at the June 10 meeting and did not respond to The Log’s multiple requests for comment.