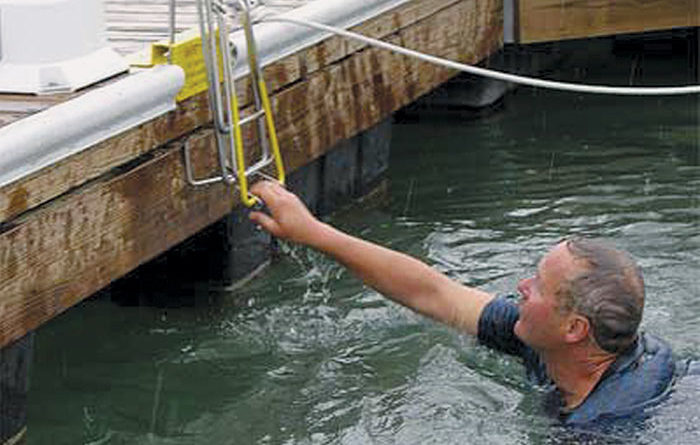 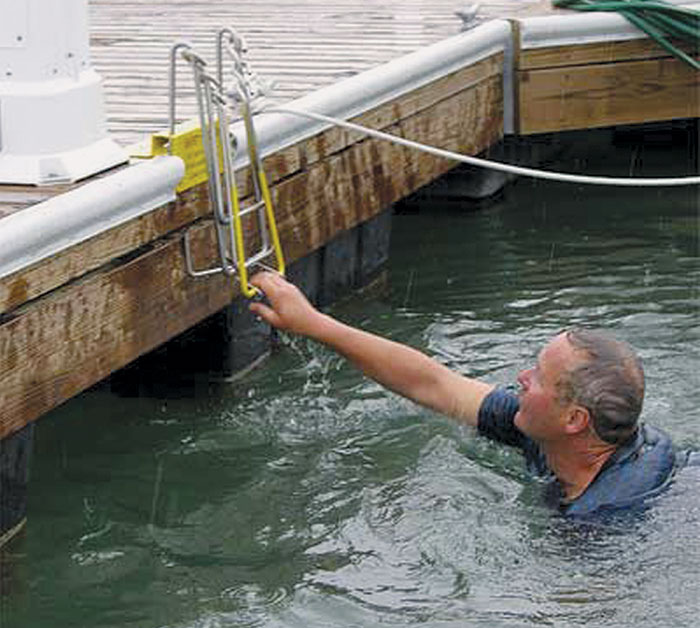 OCEANSIDE — It happens quite frequently — one misstep here and a wet boater there. Many boaters over the years have had the embarrassing experience of falling off the docks and into the water, only to have to hoist themselves back up, or wait for a helping hand.

But charter boat captain Les George of Oceanside believes the situation on his dock could lead to more than just a wet boater, and could actually endanger lives.

“There are some people on the docks, older people, who are liveaboards — and if they were to fall in at night, they might not be able to pull themselves to safety,” George said. “These docks are more than 18 inches above the water, and when you’re in full clothes, it’s going to be hard for anyone to get back up.”

George, a member on Oceanside’s Harbor Advisory Committee, brought up the topic at the committee’s May meeting. There, fellow boater and Oceanside Yacht Club member Rick Trusty offered $100 to any city worker to give to the charity of his or her choice, if they could pull themselves out of the water and onto the docks with all of their clothes on.

“We don’t even have life rings on all of our docks,” George said. “If somebody were to fall in the water, there’s not even a horseshoe buoy or a life ring to throw to somebody, to assist them until you can get some help — if somebody’s there to help them.”

A retired firefighter, George has put in his own research on the matter — calling multiple yacht clubs and marina managers, to get their take on the ladder matter — to see what the best course of action would be for the city.

His plan calls for a tiered approach to making the docks safer, staring with adding life slings and horseshoe buoys along the docks, and working toward adding a series of ladders along the docks that would give boaters who fall in the ability to save themselves without assistance.

Oceanside Harbor director Frank Quan was tasked by the committee to research the topic further and come back with a report on ladder safety in other harbors.

“I know it’s going to cost money, but I think it’s important — and if we don’t bring attention to it, it could cost lives,” George said.

He noted that there could be an issue with adding ladders to the docks in Oceanside, as the current dock system was not designed with ladders in mind. And, Quan added, there has been only one drowning incident inside Oceanside Harbor since it opened in 1963.