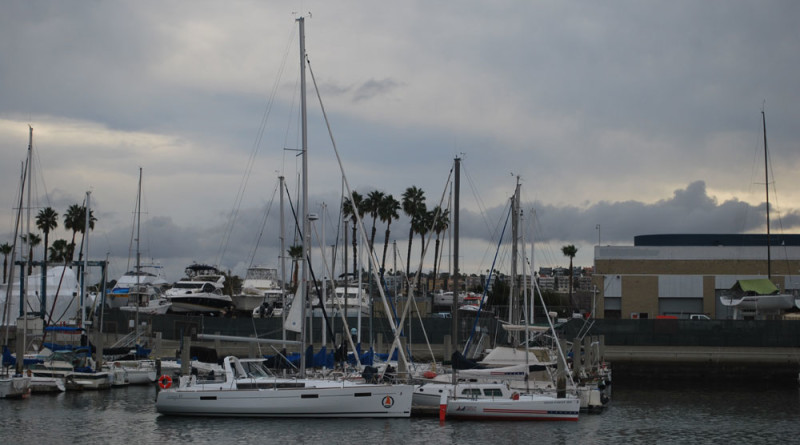 LOS ANGELES — A renovated boatyard and fully redeveloped slips and end-ties at a Marina del Rey parcel could still be in the works after the Los Angeles County Board of Supervisors approved a lease amendment option on March 15 to allow for upgrades to 101 slips and other recreational boating infrastructure.

Harbor Real Estate Limited Partnership will be allowed to maintain its lease with the county through February 2061; the original lease was set to expire in February 2022.

In exchange for the lease extension Harbor Real Estate LP will be required to pay a $100,000 option fee and invest $7.5 million or more into landside and waterside improvements at Parcel 53, which is located at 13555 Fiji Way in Marina del Rey.

“The proposed extension of the current lease would ensure the continued availability of a boat repair operation in Marina del Rey and allow for a redevelopment and renovation of the parcel that would result in an enhanced level of visitor-serving facilities, including a larger, more modern haul out facility,” Department of Beaches and Harbors Director Greg Jones told supervisors in a letter.

Ceasing to operate a boatyard on this parcel before this lease expires would constitute a default, according to Jones.

All work must be completed within three years, though Harbor Real Estate LP could spend up to $100,000 for as many as four six-month extensions.

Waterside improvements include: the demolition and replacement of existing dock structures to result in 101 newly renovated slips; upgrades of two restroom buildings with laundry, private lockers and showers; and, adding a 75- to 100-ton Travelift.

A new public promenade along Fiji Way, upgraded landscaping, new fencing, upgraded parking areas and additional signage would be among the landside improvements.

Los Angeles County originally entered into a lease agreement with Playa Del Rey Marine Supply Co. to operate Parcel 53 in 1962. The original lease stipulated Parcel 53 was to be used exclusively for boat repair and as a small craft anchorage.