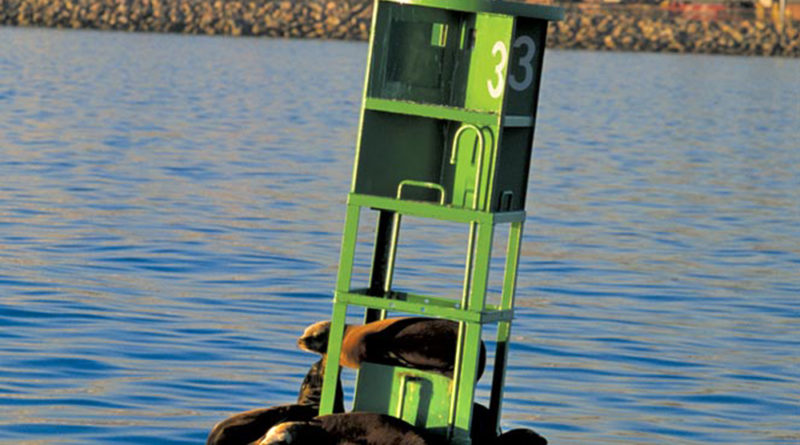 LONG BEACH – Anglers looking to drop a hook in Long Beach waters can now do so due to the recent Board of Harbor Commissioners decision to lift a restriction against fishing in Port of Long Beach Waters.

The constant arrival and departure of cargo ships were the original inspiration behind the tariff, as small vessels fishing the waters of the port were viewed as a potential hazard in the face of constantly moving larger vessels.

Small craft operators and boaters are required to abide by state law to move for cargo ships coming in and out of the harbor. Fishermen will also have to comply with Fish and Wildlife regulations, such as baiting regulations, declaring multi day trips in advance, staying within take away limits (20 finfish a day) and steering free of government protected fish such as the giant sea bass and broomtail grouper.

For those without a seafaring vessel, fishing from land is allowed at the port’s public fishing area. The dock well lit dock and offers guests parking and is located at Pier J along Harbor Scenic Drive.

Several fishermen were unaware of the port’s fishing restrictions. But they’re glad the tariff has been lifted.

“I’ve done a little bit of fishing on the Long Beach breakwall and I know right now fishing there could be phenomenal,” said Lyall Bellquist, a marine biologist who lived and worked in Long Beach from 2003 to 2006 while conducting research on the movement pattern of fish around Catalina Island. “It sounds like I was one of the people that had no idea.”

Bellquist, who often fished with coworkers after a day of tagging work, would catch calico, black and spotted bass at the breakwall. “You’d catch 30, 40, 50 bass in a day- sometimes even more,” he said.

Those familiar with the Port of Long Beach understand how diverse the catches can be. Anglers can reel in bass, grouper or white croaker depending on where the line is dropped.

Historically, broomtail grouper fish were found all along the La Jolla area, but they’ve ever been known to be found in the Long Beach area so that’s definitely a good sign for the species and for the region, he added.

“Usually when you have larger fish in an area it’s indicative of a healthier system,” he explained.

According to Chris Lowe, a marine biologist who has researched the waters of Long Beach Harbor for more than 20 years, the port has long been a productive area for marine life.

“In our trawls that we do in harbor it’s not uncommon for us to get 15 or 20 different species of fish using the harbor at different periods in their life,” said Lowe, who leads the California State University of Long Beach SharkLab, a program dedicated to the study of the physiological and behavioral ecology of sharks, rays and other economically important gamefishes.

“We’ve seen some species like white croaker move about the entire harbor,” he added. “The same is true for California halibut.”

One of the reasons why the Port of Long Beach has such strong marine diversity is its mix of habitat. Where most harbors offer only mud floors, Long Beach has sandy beaches, eel grass, riprap and the break wall, Lowe added. Eel grass, which typically grows in the shallow parts of the harbor away from shipping channels, plays an important role as a recruitment habitat for juvenile fish and lobsters, where as riprap is crucial for rock associated species like bass.

“With development what typically happens is you start to lose critical aspects of the environment; back in the 1960s and 1970s we had terrible pollution problems,” Lowe said. “You used to be able to dump anything directly into the ocean; it wasn’t until 1970’s Clean Water Act that people really cleaned up their act.”

Chemicals such as DDT and PCB which once plagued the ocean have significantly reduced, allowing for the repopulation of affected animals such as the brown pelican and sea lion, Lowe noted.

“Now you’ll go out on the docks and you’ll see dolphins and sea lions out there and fishermen complain about them but it’s a sign that good health is coming back to our oceans,” he said.

While a healthy ocean is a good sign and fishing via vessel is now permitted in Long Beach waters, federal regulations are still in effect, and should be followed accordingly.