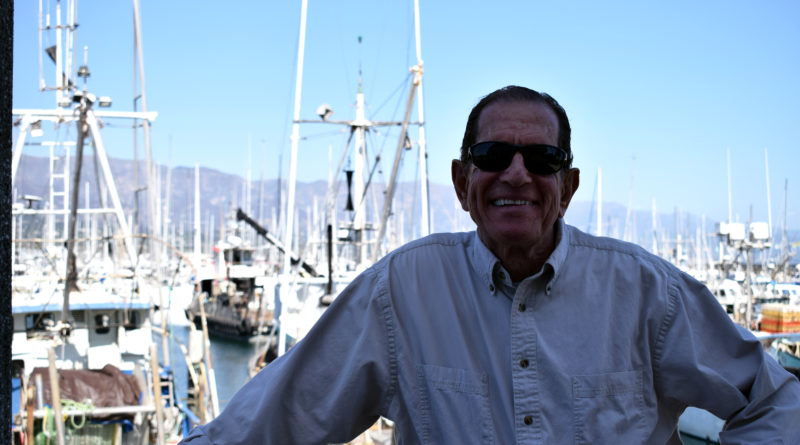 Kronman retired on Sept. 20 after holding the position for almost 20 years.

SANTA BARBARA—Mick Kronman says it’s time for a new generation to manage the Santa Barbara Harbor. Kronman retired from his position as the harbor operations manager on Sept. 20.

“There’s a whole new generation of very capable harbor managers who deserve a shot at this role,” Kronman said.

He said he felt he contributed all that he could and just felt it was time.

“There’s a time for everything in life and sometimes you just know it intuitively,” he said.

In his time with the Waterfront Department, Kronman said one of the projects he was most proud to have been involved in was the start of the Clean Marinas Program. The program was adopted in 2002 and focuses on seven elements aimed at keeping the harbor clean and environment friendly. Under the plan, the harbor area is inspected quarterly, with areas or operations needing improvement noted and addressed.

“This harbor is so much more pristine,” Kronman said. “You don’t see things floating around on the surface of the harbor, you don’t see an oil sheen.”

Other projects Kronman said he was proud to be a part of include reinventing the annual Harbor Festival, which draws a crowd of around 15,000, and the establishment of a “Lost at Sea Memorial,” which features a memorial and two bronze whale tale benches at the end of the breakwaters. He praised the high bar set for and maintained by their Harbor Patrol. Another major success he said is the annual code review. Every year the department reviews the harbor code, searching for priority issues and where they need to amend policy code.

“I wouldn’t characterize them as my accomplishments but projects and programs which I have been very proud to be a part of,” Kronman said.

He also noted the harbor has maintained a sound budget, with revenues outpacing expenditures and extra funds in reserve. Kronman said he feels the harbor is in a good place for whoever takes over the role.

“I would expect and hope that they bring their own creativity and energy and intuition into the job,” Kronman said. “I would like to think the table of the big challenges has been set.”

As for Kronman, wellness, fitness and family top the list of his plans for retirement.

“Those are the things I look forward to most,” Kronman said. “Waking up and being able to swim wherever I want.”

Kronman has plans to do some college tutoring, writing, motivational speaking and is looking forward to being able to spend more time with his wife and his East Coast family, including his son who is attending college in New York City.

“I don’t want to work full-time, I want to enjoy my life and want to live a very active life,” Kronman said.

Kronman has lived in the Santa Barbara area since he attended college in the 1960s. He plans to remain in Goleta with his wife of 26 years.