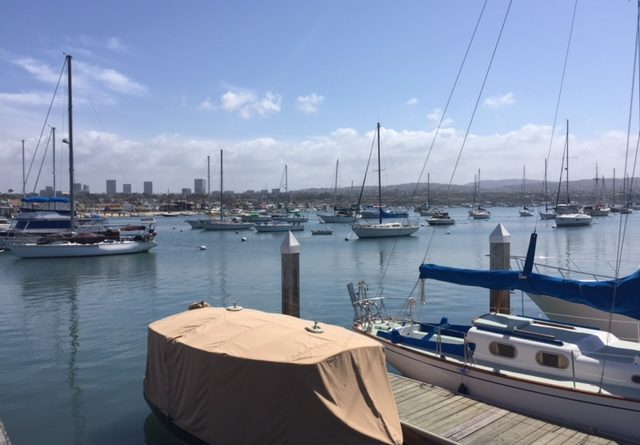 Items coming up for discussion at a later meeting include writing the Harbor Commission into the City Charter, forming a Marine Avenue Projects Committee and providing feedback about harbor permits.

NEWPORT BEACH—Newport Beach City Council decided to hold off on discussion of a few harbor-related issues. The meeting, which took place on June 11, saw council members vote to place these items on a future agenda. Three of the items scheduled were put on hold:

Duffield has been making his stances known about Newport Harbor, which is considered one of the highlights of Newport Beach, in recent weeks. On May 21, The Log reported on Duffield’s op-ed, which called to rewrite Title 17, the title governing the harbor, of the City Charter. In the op-ed, published by Stu News Newport, Duffield stated Newport Harbor is “one of the most regulated bodies of water in the nation.” Duffield also stressed the importance of updating the code from developers and policymakers outside of Newport Beach.

Duffield continued, “Our residents are unaware that at least eleven governmental agencies from Washington, Sacramento and Santa Ana have jurisdictional control over the Harbor.”

Newport Beach Indy also reported on a Speak Up Newport meeting, which featured Duffield as a speaker on June 12.

Newport Beach recently created the Harbor Department, which dates back to 2017. As a result, Kurt Borsting, who also was a speaker at the Speak Up Newport meeting, was hired as a permanent harbormaster and staff has been working to continue reviewing/revising policy related to the harbor such as mooring management, dredging, and more.

Rumors have been floating around for a while that the city was posing to takeover patrol responsibilities from Orange County Sheriff’s Department Harbor Patrol (OCSD), but Duffield denied these rumors at the meeting, stating they still need and depend on OCSD. However, the city did take over mooring management as part of the development of the harbor department.

Currently, the Harbor Department is based out of Marina Park, located at 1600 W. Balboa Blvd on Balboa Peninsula.