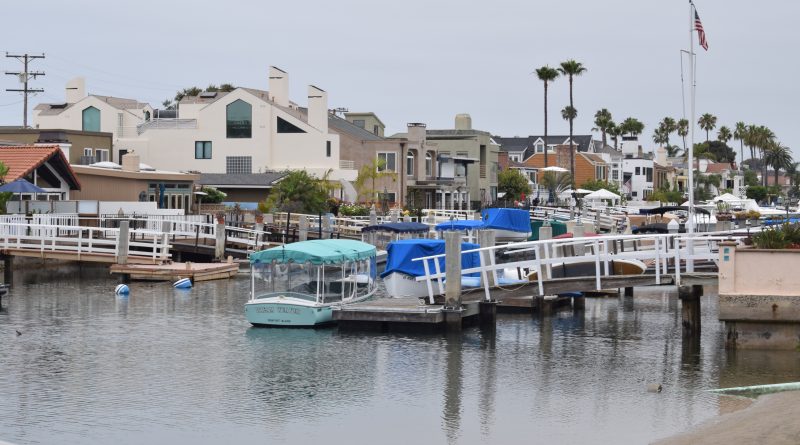 Commissioners were presented with updated Harbor Design Standards to review; they were also briefed on a new oil recycling station for boaters and new mooring permit forms.

NEWPORT BEACH—The Newport Beach Harbor Commission met on Aug. 12 and was presented with proposed updates to Waterfront Project Guidelines and Standards – Harbor Design Criteria, Commercial and Residential Facilities (Harbor Design Standards). City staff asked the commissioners to review the changes over the next month and return to their September meeting with any suggested revisions before recommending the document be forwarded to the City Council for review and approval.

The Harbor Design Standards provide a complete set of rules for marine construction, berthing layout and other general issues within the harbor for city residents, marine contractors and city staff. The standards are updated periodically as technologies or engineering criteria change or to incorporate other related policies such as sea level rise and bulkhead heights.

The most substantive proposed update relates to single residential use floats in west Newport channels. Public Works Administrative Manager Chris Miller said after consulting with dock engineers, city staff suggested removing the requirement of an 18-foot minimum distance between the backside of a float and the bulkhead.

The recommended change would allow dock designers and engineers to determine the appropriate distance to the bulkhead based on soil conditions at each dock. The change would not eliminate the farthest any dock could extend into the canal, which is 30 feet.

The topic of dock size was familiar to the commission, as just a few months ago, at their June meeting, they discussed a residential dock reconfiguration at a property on the Rialto Channel on 36th Street. A major point of discussion centered around how far vessels were allowed to extend past the bulkhead line.

Staff also consulted with a professional marine surveyor who provided input and recommended updates to the tidal datum standard drawings for residential use platform sections, saying they were outdated and unclear. Tidal datums are used as references to measure local water levels.

The recommended updates to the Harbor Design Standards also included some formatting changes, including simplifying several drawings for clarity. The commission is expected to discuss their recommendations on the updates at their September meeting.

As part of a city water quality initiative, the Public Works Department is purchasing and installing an oil drum containment system to provide an additional oil recycling station for boaters. The recycling station will be located at Veterans Memorial Park. Borsting reported some site work has already taken place including curb cuts and other minor concrete work.

Once operational, the Harbor Department will assist Public Works by promoting the new service to local boaters, unlocking and securing the equipment daily, as well as hosting occasional programmatic efforts, such as bilge pad giveaways.

This will be the second such harbor-adjacent location for used oil dropoff. An existing drop off location currently exists at the Balboa Yacht Basin Marina.
“The city wanted to have different neighborhoods of the harbor covered,” Borsting said at the meeting.

Grant funds from the state cover the costs of collecting and recycling the used oil left at these stations.

Borsting also announced Harbor Department staff have developed an updated version of the on-shore and off-shore mooring permit documents, which reflect recent changes to the Title 17 section of the municipal code. The updated forms are intended to inform permittees of various harbor rules that apply to their mooring permits and also include expanded point-of-contact information fields, allowing for multiple permittee telephone numbers, email addresses, and emergency contacts – to aid in reaching boat owners in the event an issue arises that requires their attention. The roll out of the updated permit forms started in August and will first focus on collecting up-to-date information from on-shore mooring permittees, followed by the off-shore mooring permittees.