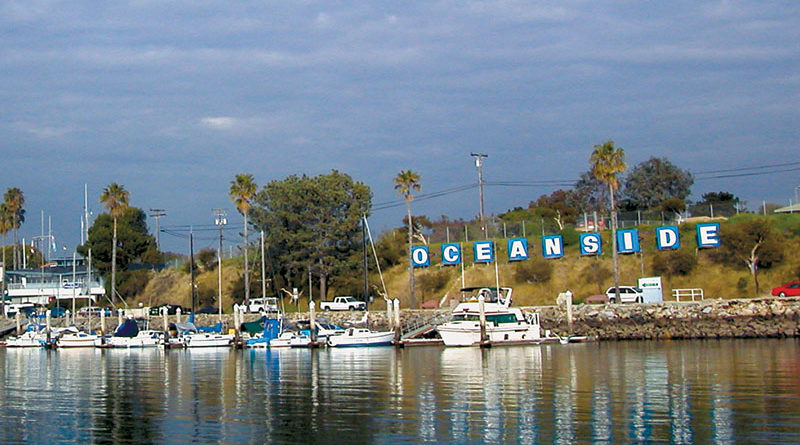 North County Fishermen’s Market would offer an open-air seafood market every Saturday, but details still have to be hashed out before proposal makes any progress.

OCEANSIDE—Open-air seafood markets, like farmer’s markets, appear to be gaining in popularity. It’s not unusual for San Diego area consumers to wake up at the crack of dawn on a Saturday morning and head down to the Downtown Embarcadero to buy a fresh catch. Call it the early human catches the fish.

San Diego’s Tuna Harbor, where local fishermen sell their overnight catches to the everyday consumer on the city’s downtown waterfront, is certainly a mainstay. A group of commercial fishermen in Oceanside – the northernmost city in San Diego County – hope to create something similar at the city’s harbor.

The North County Fishermen’s Market, according to a presentation made to Oceanside’s Harbors and Beaches Advisory Committee, would “provide local, live and fresh seafood to the public and promote sustainable practices of fisheries.”

The market would also offer traceability, so consumers know the source of the seafood they buy.

Oceanside Harbor Manager Ted Schiafone said the fish market proposal is still in draft format and still needs some beefing up before it could be presented to the city’s Harbors and Beaches Advisory Committee as an official proposal.

A few details are already on the table, however – at least in a high-level discussion format.

The group of commercial fishermen who are pushing the open-air fish market at Oceanside Harbor say it could be open every Saturday. Initial thoughts for hours have the market opening as early as 6 a.m., though 7 a.m. and 8 a.m. openings are also being contemplated. The market would be open for five to six hours, closing at noon or 1 p.m.

Those buying the seafood could be members of the general public or chefs at local restaurants. Customers would be able to buy live and fresh caught seafood, directly from local fishermen, according to the draft proposal made to members of the Harbors and Beaches Advisory Committee. The fishermen would be local harvesters who engage in sustainable fishing practices and produce minimal carbon footprints, the proposal continued.

“The market will also bring additional tourism to the harbor and surrounding businesses,” according to the proposal. “Visitors will get closer to their food sources [and] gain an understanding and appreciation of fishing and aquaculture.”

Establishing a fish market at Oceanside Harbor would meet several goals, according to the commercial fishermen’s proposal.

The fishermen specifically hope to “provide a framework to reconnect the fishing and aquaculture communities to the public” and “raise awareness and understanding of a locally caught seafood source.”

Other goals include increased awareness of Oceanside as a working fishing harbor, creation of a steady and dynamic supply of locally caught seafood, and establishing a sense of pride in the history and culture of San Diego’s commercial fishing industry.

The market, once established, would establish several rules to determine would could be a vendor and how they would process their catches. Health and safety rules would also have to be followed.

Vendors would have to pay weekly market dues.

Open-air seafood markets became a steady reality in California after state legislators approved Assembly Bill 226 (AB 226) in 2015. The bill, which was signed into law by Gov. Jerry Brown in October 2015, created the parameters for nonpermanent “fishermen’s markets” to exist up and down the California coast.

A fishermen’s market, under AB 226 is defined as “a food facility … that sells only raw edible aquatic plants, raw fresh fish, or frozen fresh fish, caught by California-licensed commercial fishermen or harvested by California-registered aquaculturists, directly to consumers.”