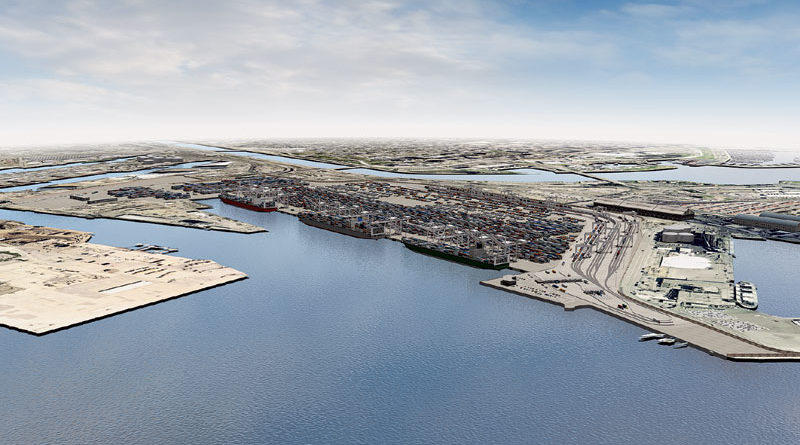 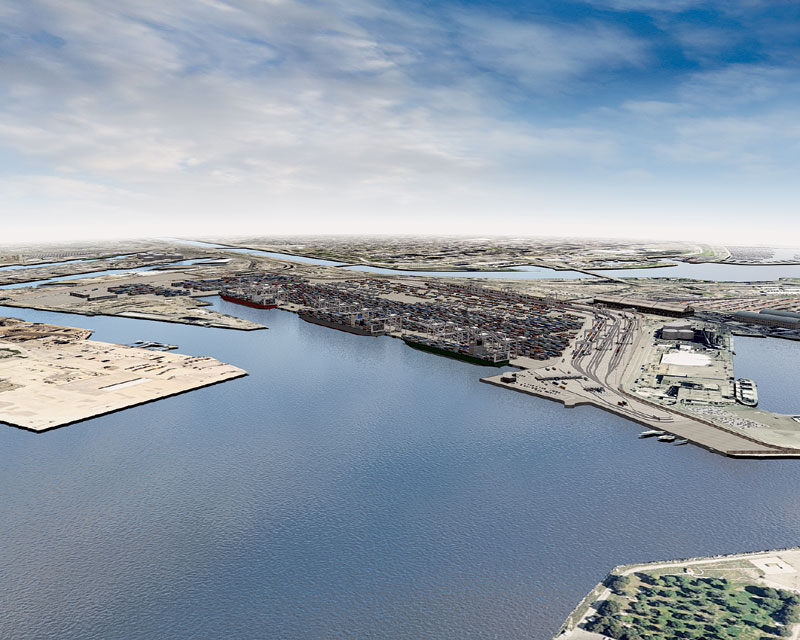 Marking the occasion with the driving of a commemorative “golden pile” — part of the foundation for a new wharf — officials heralded the progress of the $1.2 billion Middle Harbor project taking shape just across a narrow slip from the ceremonies at Long Beach Container Terminal.

Last month, the port, Hong Kong-based Orient Overseas Container Line (OOCL) and Long Beach Container Terminal (LBCT) committed to a 40-year, $4.6 billion agreement, under which the port will lease to OOCL and LBCT the redeveloped terminal.

Construction on the project started in 2011, with more than 1.2 million cubic yards of sediment going into a landfill that will create the area for the new container terminal.

“We’re pleased to have OOCL and LBCT committed to working with us in Long Beach, to make the new, state-of-the-art Middle Harbor terminal a reality, and for staking their business future to the Port of Long Beach and the city of Long Beach,” said Long Beach Mayor Bob Foster.

“Middle Harbor is part of a $4.5 billion port-wide investment over the coming decade that will give our customers a significant competitive advantage for decades to come,” said J. Christopher Lytle, Port of Long Beach executive director. “This investment will support more trade, adding as many as 50,000 new permanent jobs — 14,000 of which will come from Middle Harbor.”

“What we speak of today is a collective vision — a vision to make the Port of Long Beach one of the world’s most competitive ports,” said Philip Chow, CEO of OOCL. “And the new design will make the Middle Harbor terminal the greenest in North America.”

“In our industry, we are too often criticized for lacking vision and not being forward thinking. The Middle Harbor project will turn all of that around,” said Anthony Otto, president of Long Beach Container Terminal Inc. “This project is a testament to the concept of the whole being greater than the sum of its parts.”

The Middle Harbor modernization project is combining two older facilities, LBCT’s existing terminal and a nearby vacated facility, into one container terminal that officials said will generate new permanent regional jobs and reduce air pollution by half even as trade could more than double.

As the project progresses, Long Beach Container Terminal — the local subsidiary of OOCL — will expand from its current 90-acre facility to the new 304-acre terminal with the ability to berth the largest, most modern ships.